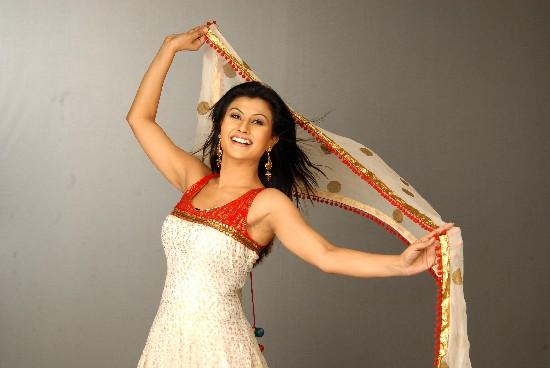 Among the innumerous quotes on life one goes like this: Life is a beautiful struggle. Yeah, life is really a struggle but beautiful!! Not always. Struggles are never beautiful if they fail to end up with success or happy ending. These kinds of struggles and fights become nightmares for life. And this is the story of Rakhi, a young girl belongs to a middle class family. It seems she took birth to shoulder all the responsibilities a human being can and fight for the justice throughout her life. Though life was like a fairy tale in her childhood, it changed the direction dramatically as she getting understand what life really is. Life, for her, has become a galaxy of battles. One of the biggest puzzles that often made us confused is what should be the definition of life. But for her, life is what transformed a joyful girl into a hard rock.

Rakhi Barua, a girl having high ambitions in life, successfully passed out her educational life and got engaged in a highly-paid job. Born in a typical Assamese family, she had to take up different issues of household in her hands amidst of her stressful job-life. But these never were hassles for her and she knew how to handle all these to made the family members happy and blissful. She was too much supportive for each and every family member and discussed various issues with them what makes her a bit different from girls of her age. Above all, what was in her from childhood days is the voice against exploitation, corruption and atrocity. She used to accompany her elder brother to several public meetings called for various demands against political games and exploitations. Naturally, by joining these meetings, rallies, she came to know about lots of public activists, social workers, political brokers etc. But who knew that one day she would find her soul mate in that crowd, used to gather against corruption and raising voice for justice. Gradually she started falling for a guy who was also dreaming of a corruption-free state. He was Samiran Baruah, a young professor working in a local college. They used to meet and discuss various social issues and misdeeds of political leaders including local MLA, who had been exploiting poor and illiterate people since long. But finally they moved from the social parts towards the inner feelings those were responsible for the jolts in two hearts. Yeah, she was in love, professor too.

Love was in the air amid of political pollutions around which were polluting the atmosphere. But what can restrict and stop love when it reaches its peak. They stepped up slowly but firmly. One sunny day, two hearts tied their knot and Rakhi became Samiran's forever. They got married following all the traditional rituals and taking blessings of all who comprises their world. Rakhi, with her soul mate, started a new life with some new hopes, dreams and promises. Really, life was never been such beatiful for her ever before. She was in the seventh heaven with all the happiness and fairy tales.

But nobody knows what God scripts for us, who can predict what will go to happen and how. Unfortunately, Rakhi's life also got some unpredictable devastation and finally her palace of dreams collapsed in a moment. Some miscreants killed Samiran, her hubby, her life. Her life got changed immediately after this incident, planned by the Local MLA. Rakhi burst into tears as her world of hopes had gone far ways with her Samiran. But Life, the biggest puzzle, continues its journey by just changing the direction, whatever be the situation, and we all have to follow the way life taken us towards. Rakhi did it bravely as she had to do everything to take the revenge. The fire of revenge paved the way to another journey of her. What's that! What she did after that! How she took the revenge! Sorry, i don't know the rest, what happened later. It's all because of tiredness and my sleepy eyes that did not allow me to watch the later part of this wonderful drama titled 'Astro'.

Yeah, it's nothing but the gist of a story penned by noted Assamese Filmmaker, Playwright Munin Barua. He has written this play 'Astro' for a leading mobile theatre troop of Assam, Hengool Theatre. Hengool will stage it for the season 2012-13, starting its journey from 19 August. We are privileged to watch the first half of 'Astro' in Hengool camp at Morioni, Jorhat, where the rehearsals were going on. It was the month of July 2012, when i visited Hengool rehearsal camp with my Anuraag, who scored the music for the play. Really one can't describe in words the situation that can be seen in the rehearsal camp of Moblie theater troupes. It has been war-like actions all around, from the actors to musicians to lightman to Art directors to the kitchen stuff everyone got engaged in their respective duties. That’s why, as a Journalist, i just love to roam in rehearsal camps of such Mobile Theatres, the asset of Assamese Entertainment World. But this year i had a very special reason to visit Hengool camp what i surely disclosed at the end.

Back to play, the character of Rakhi is being played by Prastuti Parashar, one of the most beatiful and talented actress of Assam as well, while Munin Barua directing 'Astro' himself. According to Sankalpajit Hazarika and Pankaj Hazarika, the men behind Hengool, 'Astro' is a kind of play that very much relates to our current socio-political scenario as depicts a real picture of the society that has been ruining by some political brokers and miscreants. To fight against them, we have to have some power, weapon, i.e. Astro. As Sankalpajit said staging Munin Barua's play always been a great pleasure for him and the entire Hengool family. Amid the crowd of gimmick and cinematic actions that getting precedence now in Mobile Theatre Plays, he always tries to come up with a strong social message and that's the specialty of 'Bhaimon da' i.e. Munin Barua. Apart from the wonderful story, direction and the acting matters, Sankalpajit highly satisfied with the music created by Anuraag Saikia. All these will make 'Astro' worth-watch for the audiences of different part of the state, Sankalpajit added.

Apart from Astro, Hengool thetre will stage two other plays namely, Abhijeet Bhattacharya's 'Vijoya Dashami' & Chittoranjan Parashar's ' Baro Maah Baro Din'. Yeah, these are the Hengool Tales for 2012-13 season.
At the end, keeping my word, i am telling the special reason that leads me to Hengool camp. Though it may not sound so special, but i have the privileged to penned down 3 songs for Hengool and it's special for me because of the opportunity to work with Munin Barua. The late night phone call still lingering in my mind when Munin Barua asked me to write song for his play.

Lastly, I would like to wish Hengool team luck for their upcoming journey with a hope that they will rock again as before.

25 Jun 2011 - 5:41pm | Dibya J Borthakur
The 12 hour Assam Bandh called by the farmers’ body KMSS in protest against the arrest of its leader Akhil Gogoi today is being widely felt across at Raha. The plying of vehicles, both...

A day with Papon
Gaane Ki Aane: The Real Zubeen on Screen
Not only Maharani, but the true ‘Avinetri’
Anup Baruah speaks through the lens…
Journey with ‘Bard of Avon’ again.
Re-discover Zubeen in ‘Rishang’
Endhiran, the most expensive flick of India