The Additional District Magistrate of Kamrup (Metro) has promulgated Section 144 for safety, security and maintenance of public peace and tranquillity. In view of the above, riding of more than one person or pillion riding on any two wheeled vehicles for 24 hours within the entire district of Kamrup (M) has been prohibited.

However, there are few exceptions like – persons above the age of 60, ailing persons travelling to and fro from any hospital, persons of police and armed forces in uniform, physically handicapped and school children in uniform.

This order comes into force with immediate effect and shall remain in force until further order.

BREAKING NEWS : Boy suspected to be from Assam arrested in connection with Hyderabad Blasts

28 Aug 2007 - 8:12am | editor
Hyderabad : Mohammad Abdullah, one of the suspects rounded up for interrogations in connection with the Hyderabad blasts reportedly told police that he hails from Nagaon district in Assam.Assam... 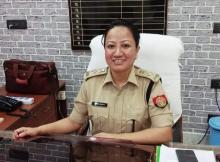