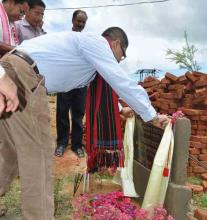 2 Aug 2012 - 2:43pm | editor
Despite heavy presence of security forces, BTAD areas are yet to fully get rid of ethnic clash. There is report of a fresh violence in Chirang district where unidentified miscreants burnt down houses...