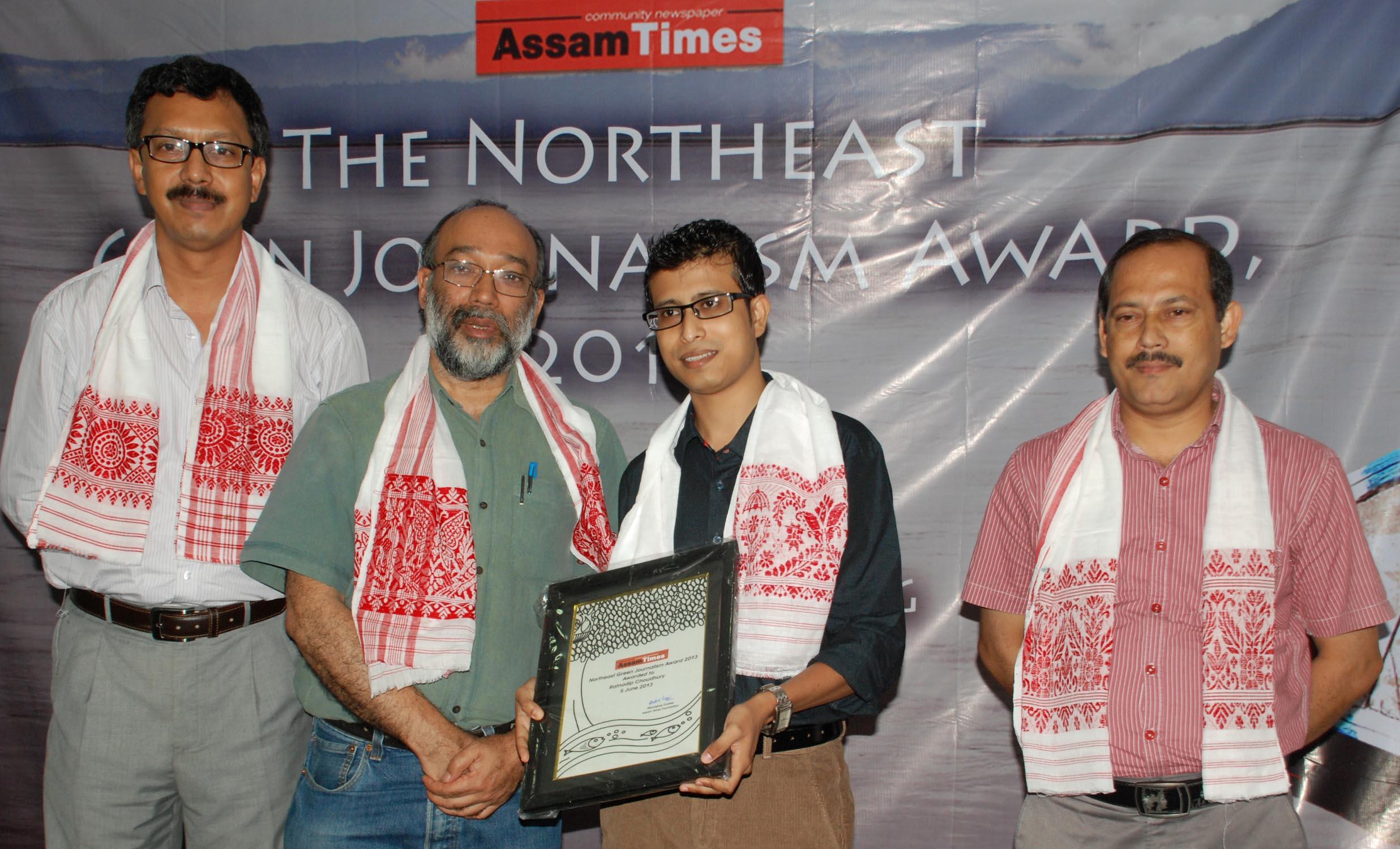 Promising journalist Ratnadeep Choudhury who is working for Tehelka bagged the first ever Northeast Green Journalism Award, 2013 instituted by assamtimes.org, a community e-paper on Wednesday on the occasion of World Environment day.

His story which exposed the illegal stone mining in and around Kaziranga National Park in Assam was selected for the award. It was published in Tehelka Magazine in April 2012.

“This story created huge impact, as the National Green Tribunal also took note of it and passed an order to remove the illegal stone crushers and quarries in and around Kaziranga. While doing the investigation we were attacked, camera was broken, the stone mafia lobby tried everything to stop us, but truth was finally set free,” said Ratnadeep Choudhury after winning the award at Guwahati Press Club.

This award has been instituted to encourage the journalists of the region to take up environmental journalism seriously. On the occasion several dignitaries including senior journalists Sanjoy Hazarika, Dilip Chandan, Nava Thakuria and IIT Guwahati environment scientist Dr Chandan Mahanata stressed on the need of environmental reporting in the region.

CM for early implementation of schemes

Srinath Baruah to to interact with scribes

4 Sep 2015 - 6:29pm | Azlina Khanam
Eminent educationist Professor Srinath Baruah will attend the first EMFA’s Prangon program and interact with the local scribes. The interactive session is scheduled to start at 11 am tomorrow (5...