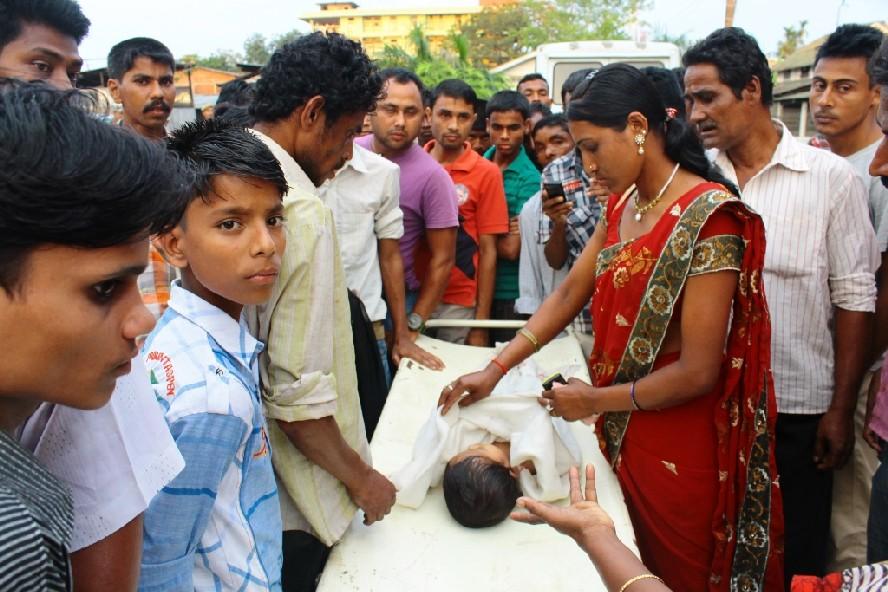 Chaos was witnessed at Golaghat Kushal Konwar Civil Hospitla after the death of an eighteen month old male child. The deceased child Yasin Ali was admitted to the hospital at around 11.30 am on Wednesday after he consumed kerosene oil at his home. He was admitted into the hospital at critical condition and after some time he was declared death by the doctor. When the parents took their child’s body for burial he showed some signs of life and they immediately rushed back to the hospital but unfortunately he already breathed his last. Sameda Begum and Shafique Ali, the parents of the child alleged that after their child was pronounced death by Dr. Rajiv Phukan who was attending the child, they had taken him for performing the last rites. This has angered the deceased relatives followed by an angry retaliation from the public and an unruly scene was created at the hospital. Later police arrived at the hospital and taken the situation under control.

Assam Accord is out of date

21 Oct 2008 - 8:26pm | Daya Nath Singh
It is more than twenty-three years now, the Assam Accord was signed between the Government of Assam and the movement leaders, who propelled an agitation for long six years demanding detection and...

23 Apr 2017 - 7:41pm | Shajid Khan
The 25th Rongjali Bwisagu celebration which got underway on Saturday concluded here at Tangla on Sunday. The All Bodo Students’ Union (ABSU) Udalguri district commiittee along with Tangla...