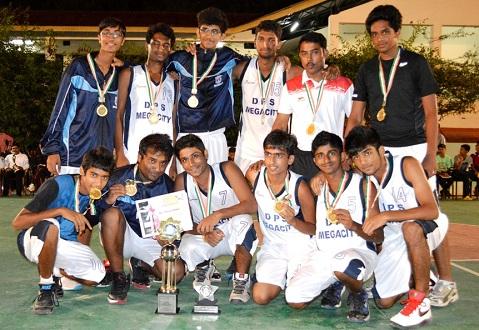 The two teams that qualified for the final match were DPS Megacity, Kolkata and the host school DPS Numaligarh. Earlier in the day, DPS Bokaro qualified as the 2nd Runners Up playing against DPS Dimapur.

The Best Scorers Trophy was bagged by Lironthang Lotha from DPS Numaligarh. The match was followed by a short cultural programme and prize distribution.

S.K.Barua Director (Finance), Numaligarh Refinery Limited lowered the school flag and declared the tournament over. The Principal of DPS Numaligarh Anurekha Barkakoti, in her speech, thanked everyone for their support and looked forward to more such experiences in the future.

The two finalist teams have qualified for The Inter DPS National Basketball Tournament Boys (Open) to be held at DPS Dwarka, New Delhi from 20-22 December ’13. 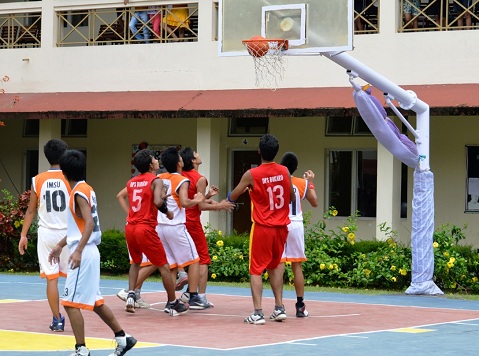 21 Aug 2015 - 8:25am | AT News
A mild tremor created no less panic among the flood affected people in lower Assam districts on Thursday midnight.Originated along the Assam-Meghalaya interstate border the tremor struck at 12.51...

26 Oct 2014 - 8:00pm | AT News
The United Liberation Front of Asom has asked the state’s movie halls to screen at least one Assamese film in a week to revive the ailing sector seven years after it banned Hindi cinemas.In a...

21 Apr 2014 - 11:15am | Hitesh Kalita
Drumming up support for Narendra Modi, the NRIs from USA are organizing hundreds of "chai pe charcha" and many more campaigning events in the US and calling up people in India to influence voters to...