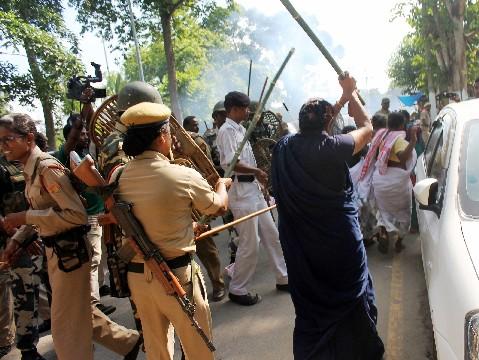 The police and jawans of CRPF resort to lathi charged and also used tear gas shells to disperse agitating crowd on Tuesday at Golaghat who were protesting against the financial anomalies of the present management committee of Athkelia Namghor, situated at a distance of about 20 kms from Golaghat town and 300 kms from Guwahati which has always occupied a very important place in the hearts of Assamese religious people.

More than 500 people hailing from nearby areas of Athkelia Namghor, supported by the Jorhat and Golaghat district unit of Krishak Mukti Sangram Samity (KMSS) staged a sit-in-demonstration in front of the Golaghat Deputy Commissioner’s office on Tuesday. The agitators were demanding to dissolve the present management committee of the Namghar within seven days. They also demanded a magisterial enquiry into the expenditure incurred in the recent reconstruction of the Namghar.

The Namghar recently got a facelift with the inauguration of its new building and a state of the art bus terminus. The total cost of reconstruction of the Namghar came to 2 Crore 2 Lakh 76 Thousand and it is to be noted that twenty villagers of Athkhelia had taken a personal loan of one lakh each in the initial stages of the construction and it is a rare instance when personal loan is being sought for public work.

Initially the demonstration was going on peacefully and a five member delegation of the agitators’ also had a discussion with the Deputy Commissioner Julie Sonowal in her chamber. But when the demonstrators came to know that the negotiations have failed, they gave an ultimatum of 5 minutes to the Deputy Commissioner to come out of her office or they would crash the barricade. After the time limit the agitators turned violent started pelting stones and bottles at police and CRPF personnel. One such bottle hit the Deputy Superintendent of Police Budheswar Khaklari injuring him in his right eye and after that police resort to lathi charge to disperse the mob. To control the situation, police also burst teargas shells.

As informed by Dilip Saikia, officer in charge of Golaghat police station, 25 people including the President of KMSS’s Golaghat district unit Dharmeswar Saikia, have been arrested by the police so far.

“They have not given us any prior information about today’s programme. During the discussion I had assured them of looking into the matter and asked them to wait till this holy month of Bhada went off. As far as dissolving the management committee of the Namghar is concerned, I have no role in it as it is a private body but they insisted me on dissolving it and arrest the Chairman of Athkhelia Namghar Management Committee Ashim Bora without assigning any specific reason” Julie Sonowal, Deputy Commissioner of Golaghat told Assam Times. 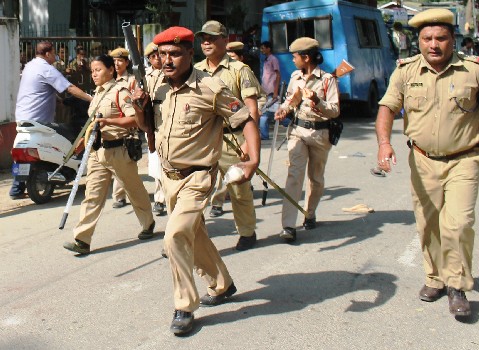 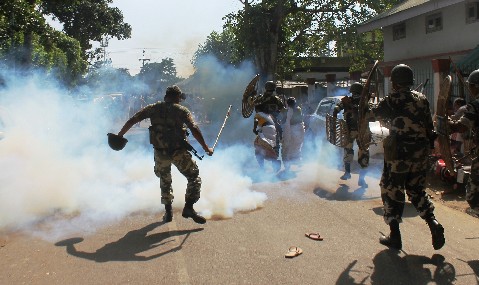 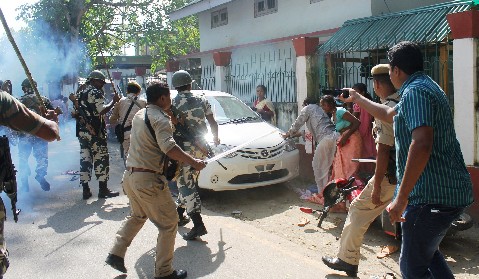 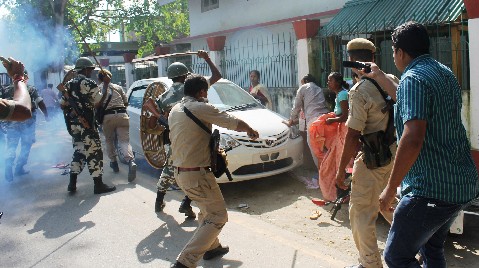 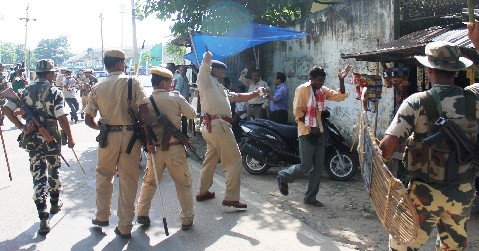 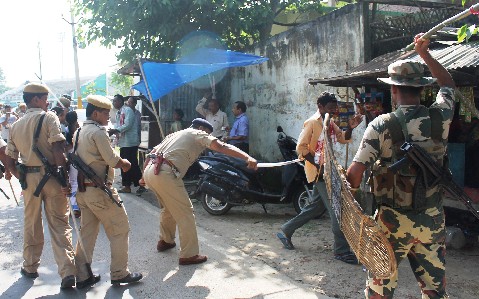 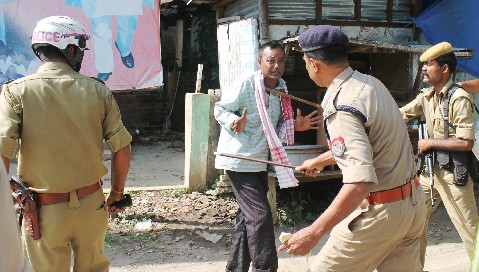 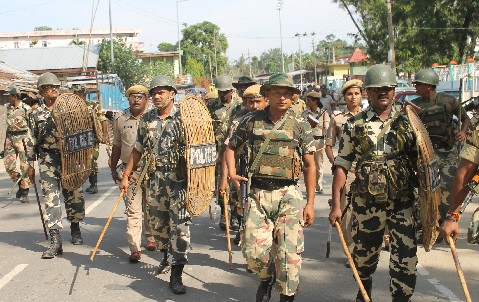 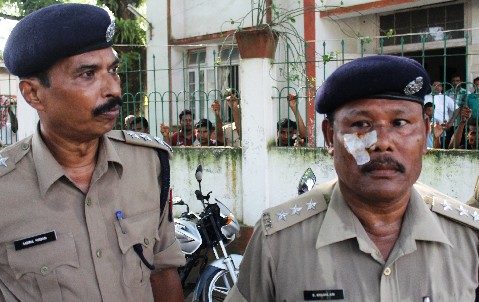 6 May 2009 - 2:46pm | Juthika Das
Barpeta police seized one loaded truck log at Nagaon, about 10 km away from the town last night at about 2 pm. According to report said, the police visited various places of Barpeta last night and...