Two suspected Maoists cadre were nabbed by Police at Kachomari Uttar Negheri village under Merapani police station, in Golaghat district on the evening of today. The arrested Maoists were identified as Monjit Bora (24) andSangita Barua (25).  Monjit Bora was absconding since 2012 as a case have been registered against him for providing shelter to Maoist cadres. 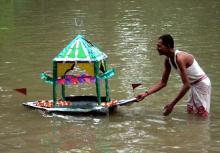 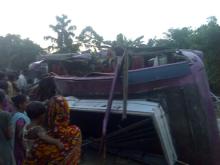 19 Jul 2012 - 3:53pm | Anup Biswas
To take the stock of the ongoing restoration works of Lumding – Badarpur hill section of N F Railway the General Manager of N F Railway Sri R.S Virdhi along with a host of senior railway...