MASS leader arrested by NIA for alleged link with Maoist 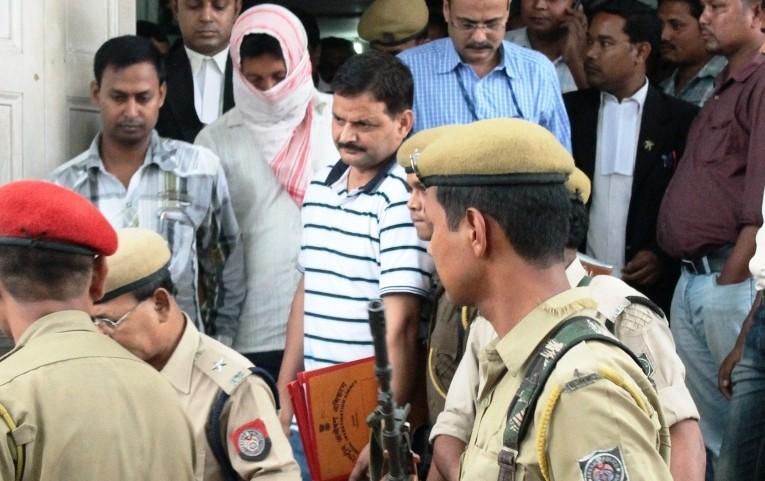 Pallav Borbora, ex-secretary general of Manab Adhikar Sangram Samity (MASS) and founder president of Assam Student Youth Organisation (ASYO) was produced today in the court of Sub-divisional Judicial Magistrate in Golaghat. Borbora, who was arrested on Sunday, by sleuths of National Investigation Agency (NIA) led by S.K. Rana, DSP, for his alleged linkups with Maoist activities was brought to court amidst tight security. He was booked under sections 120 (B)/121(A) of IPC read with Sec. 17/18/18(A)/18(B) of Unlawful Activities Prevention Act.

The court after perusing the copies of FIR, medical report and the prayer of NIA has given two days transit remand of Borbora in order to present him before the designated NIA Court in Guwahati. According to sources, suspected Borbora was in-charge of Maoist activities in upper-Assam and also a key liaison between the Maoist and Peoples Liberation Army (PLA). According to NIA, the role of Borbora has surfaced in the instant case in that he had been instrumental in providing safe shelter to the leaders of CPI (Maoist) as well as the PLA in Assam. In pursuant to such act he had visited Guwahati for a number of times and remained actively involved in the activities of the CPI (Maoist) in Assam and receive communication equipments from PLA on behalf CPI (M).

20 Jul 2009 - 8:45am | editor
Three suspected NSCN rebels were killed in an encounter with a joint force of the Army and police in Lakhimpur district of Assam on Monday. The incident took place in the morning at Harmoti area...

27 Sep 2010 - 1:50pm | DigantaTalukdar
According to preliminary findings of the Million Death Study (MDS), about 25 percent of deaths in the age group of 25-69 years and 19 percent of all deaths occur because of heart diseases, including...