Ajanta Neog said that F A Ahmed was an advocate of non-violence and secularism. She further said that Assam is legging behind in development than the rest of the country due to the presence of insurgency in the state. Neog herself being a victim of insurgency as her husband and former minister Nagen Neog was gunned down by ULF A militants in 1996. She had appealed all insurgent groups to shun violence and worked together for peace and prosperity of the region. She thanked the organiser for organizing the event and assured all help and cooperation from her side to preserve the memory of late F A Ahmed. 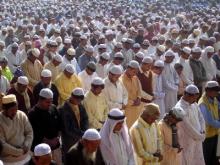 21 Dec 2007 - 8:19am | editor
Muslim people celebrated Eid-ul-zuha across the north eastern region on Friday with much religious favour and solemnity. Reports of huge congregations for community namaj are pouring in from... 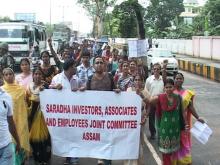