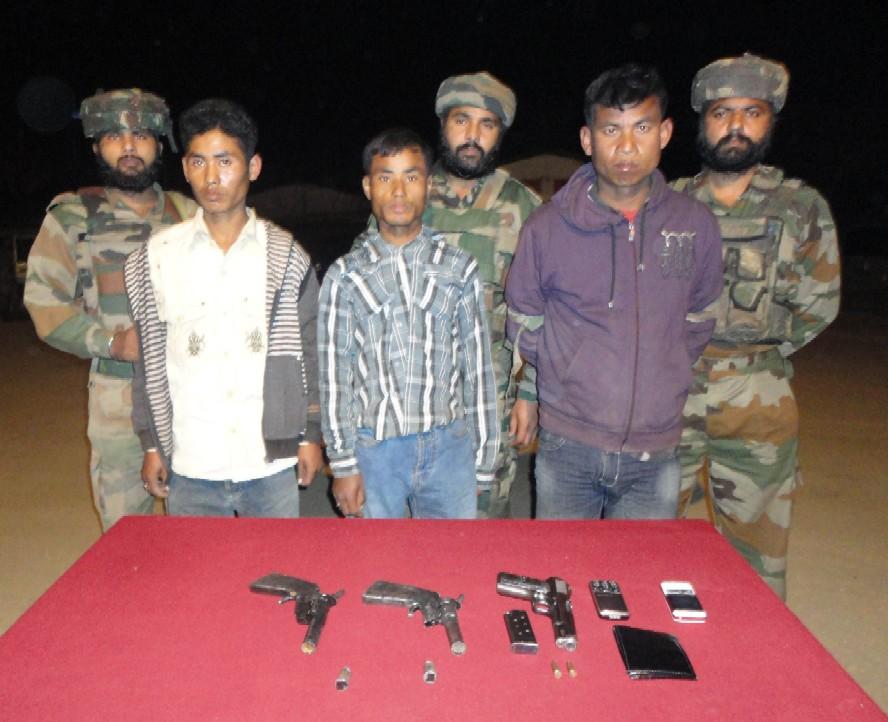 Four NDFB and three GNLA cadres were arrested in three different search operations on Wednesday. In the first operation, launched by the police and CRPF jawans, one NDFB cadre was held at Mandalgram of Dudhnoi in Goalpara. The cadre has been identified as Tony Lal Basumatary. One pistol made in USA and one bike along with some other documents were recovered from his possession.

Whereas a few hours later, three out of four GNLA cadres were arrested by the army at Dainadubi of the Assam-Meghalaya border. The arrested have been identified as Sanju Momin, Moti Marak and Jales R. Marak.

According to reports, the cadres were held at a secret camp. Officials recovered one AK-47 rifle, two barrel gun along with four rounds of live cartridges, one lamination machine, many fake vehicle documents and keys and many mobile handsets from their possession.

No sign of Gopinath Bordoloi's death anniversary at Raha

5 Aug 2016 - 10:35pm | Dibya J Borthakur
The residents of Raha on Friday criticised the state government and local administration of Raha   for not officially observing the death anniversary of the first  Chief Minister of...

28 Jun 2008 - 4:19pm | editor
A devastating fire that broke out in the city’s Lakhara area has completely gutted a biscuit factory on Saturday. According to information, the source of the fire that ravaged Krishlay Snacks...