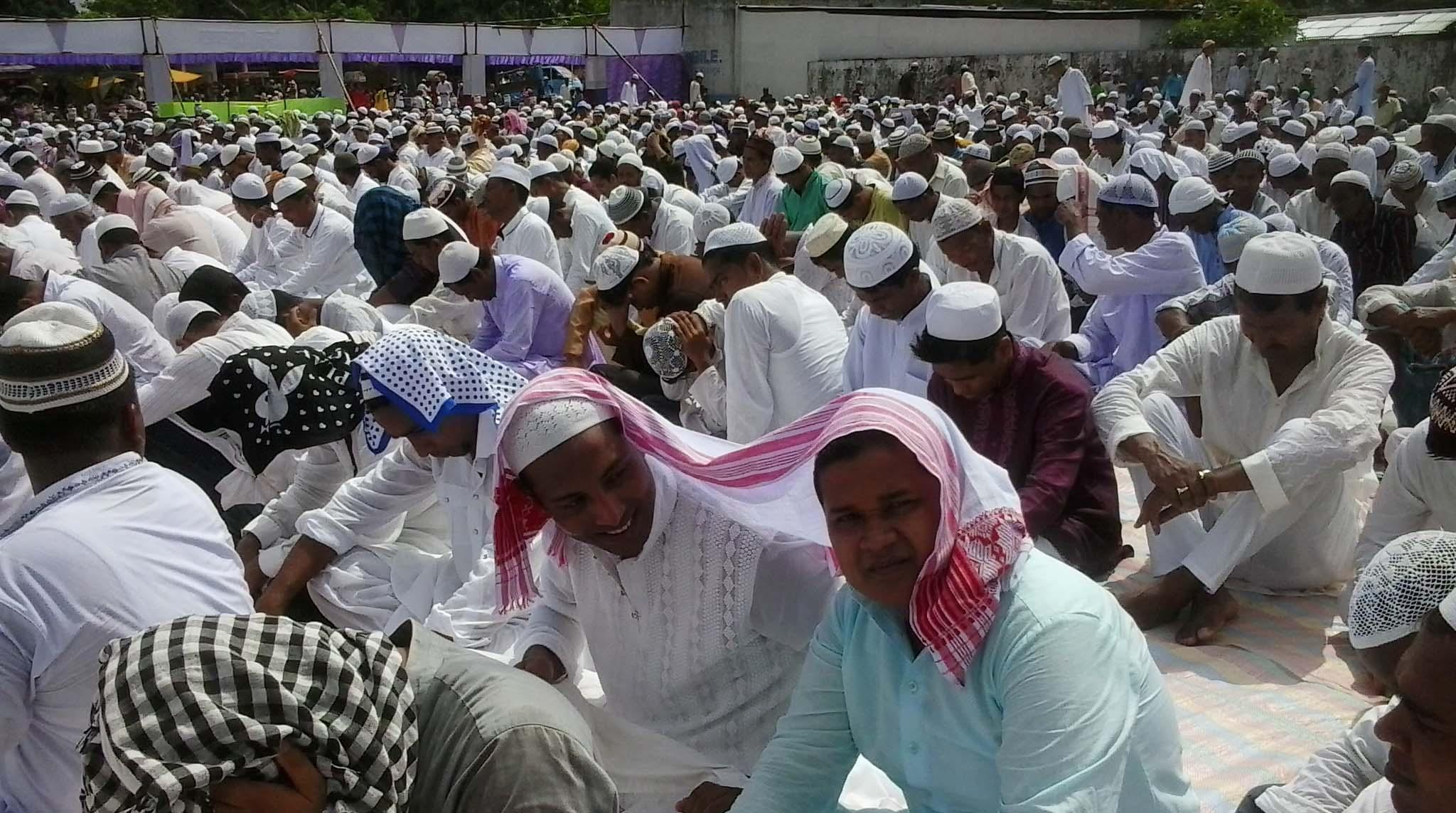 Along with the rest of the country, Dhupdhara in Goalpara, too celebrated Eid-ul-Fitr, the Muslim festival that marks the end of the holy month of Ramadan on Saturday. Thousands of Muslims were seen offering prayers and listening to clerics’sermons at various Eidgahs in the district. Nearly 3,000 followers of Islam gathered at the Dhupdhara Eidgah to offer Eid prayers in the morning. Maulana Mufti Abdulla Rashidi, the imam of Dhupdhara Jama Masjid conducted the Eid prayers and appealed to all to remain united so that the secular fabric of the country is upheld and peace and harmony prevails. Tankeswar Rabha, the Chief Executive Member of Rabha Hasong Autonomous Council, on Sunday extended his greetings to the people on the occasion of Eid–ul–Fitr. Inamul Ahmed, general member of RHAC, Najibar Rahman and Sajjad Gani, the president and the secretary of Dhupdhara Muslim Society respectively also extended their warm greetings to the people of the district as well as State on the occasion. Eid ul Fitr was also celebrated at Bagdoba, Bordol, Dhanbari, Podupara of Dhupdhara area.

14 Dec 2015 - 1:00pm | AT New Delhi
Congress vice president Rahul Gandhi dropped a huge bombshell against RSS on Monday revealing that the religious group attached to BJP prevented him from visiting a historic Vaishnavite place in...

5 Dec 2015 - 5:59pm | Subhamoy Bhattacharjee
In a covert operation assisted by WTI, Hari Singh and Munni, husband and wife, were apprehended in Gwalior and 27.5 kgs of pangolin scales were seized from them. It is a huge development in busting...