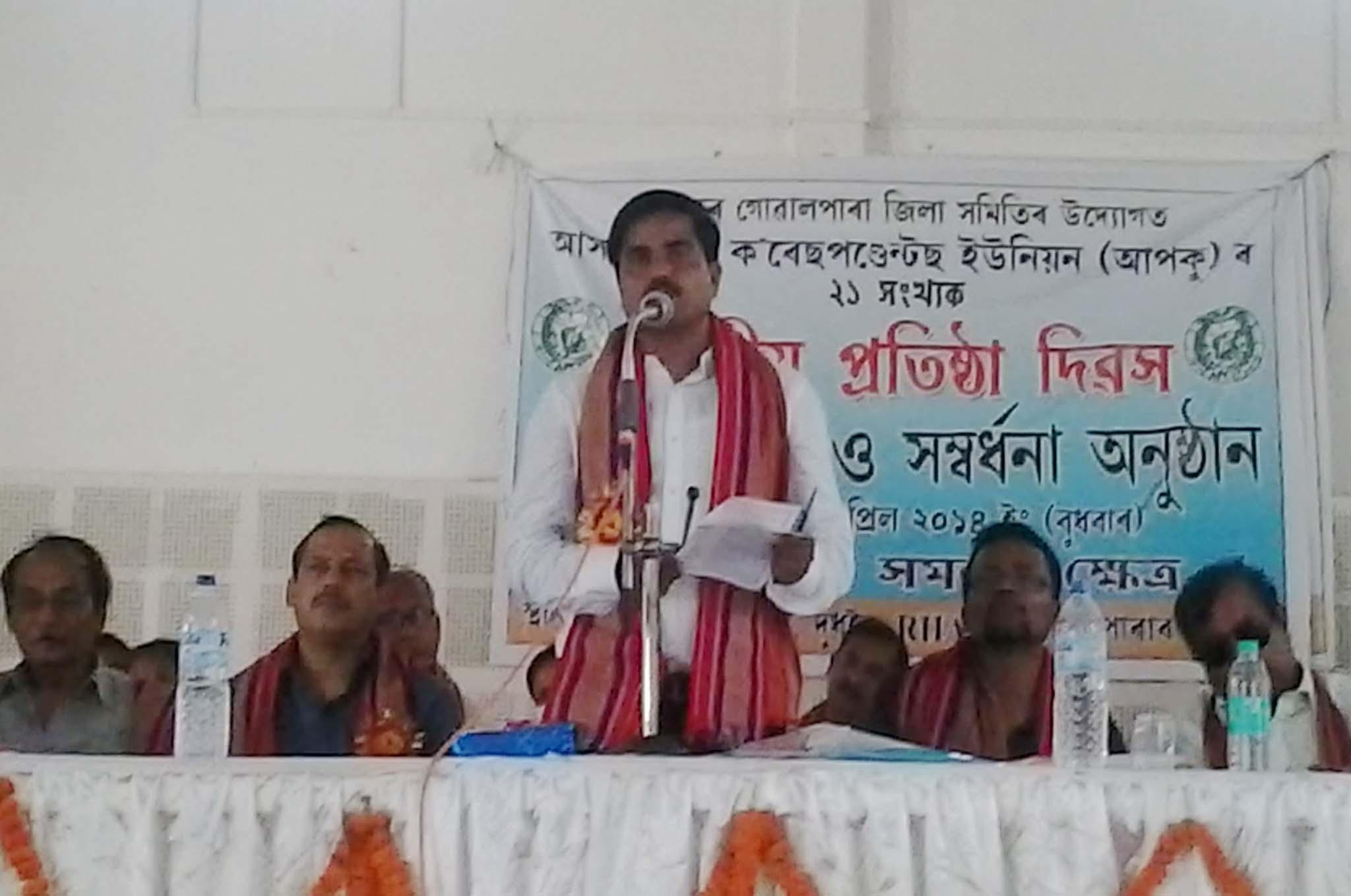 The 21st Foundation Day of Assam Press Correspondence Union (APCU) was observed today with a day long programme at Jana Mandir premises, Dudhnoi in Goalpara district. The programme was organised under the aegis of Goalpara district committee of APCU. In the morning the flag of the union was hoisted by Manoj Singh, president of the Assam Press Correspondence Union followed by floral tributes on the martyrs’ column by Md. Abdul Khalek, secretary of the union. Therafter homage was paid on the portrait of late Indra Mohan Hakasam, a journalist  of Goalpara district who was killed by militants a few years back. It was followed by a Journalist Workshop in which senior journalist Rabin Bhuyan, Goalpara SP Nitul Gogoi and retired vice principal of Dudhnoi college Kshirod Khakhlary participated. In the afternoon, open session of the programme was held with Manoj Singh in the chair. Gobinda Basumatary, president of the reception committee delivered the inaugural speech while Rukmal Hazarika, senior journalist of Goalpara district inaugurated the open session. The Information & public Relations minister Basanta Das was supposed to attend the open session as chief guest, but he did not turn up. Naba Thakuria, general secretary of Guwahati Press Club attended the open session as appointed speaker while Dipanka Nath, vice president of AASU and Ramen Singh Rabha, general secretary All Rabha Students Union  attended the programme as distinguished guests. In the open session, wife of late Indra Mohan Hakasam and four veteran journalists- Anupam Khakhlary (Dudhnoi), Subodh Dutt (Dudhnoi), Ananta Das (Dhupdhara), Haren Das (Krishnai) and Sarala Talukdar were felicitated with traditional rabha pajar and books. A colourful souvenir was also brought out being edited by Joy Chandra Rabha and Basudev Rabha. Dr. Gopal Phukan, principal of Dudhnoi college, released the souvenir.

5 Jan 2021 - 10:12am | AT News
Guwahati: Amidst the Covid-19 pandemic induced national lockdown, the process of publication and marketing of Assamese books have reemerged with new approaches to the technology driven profession for...