A pall of gloom replaced merrymaking at Garompani, the famous hot water spring at Karbi Anglong district when Birbol Gowala’s (50) body was discovered floating in the spring. Gowala who was an employee of Borpathar Railway Station had come to Garompani with his colleagues for picnic yesterday and in the afternoon his colleagues were informed by somebody that a body was seen floating in the water of the spring and when everybody arrived at the spot, the body was identified as of Gowala’s. Then his colleagues called up 108 and Gowala was taken to Kushal Konwar Civil Hospital, Golaghat where the doctors declared him dead.

However, Gowala’s death has raised many questions and his family has suspected some foul play behind his death. While talking to Assamtimes, his brother Moniram Gowala alleged that the family was not informed immediately when the incident occurred but it was only later when his late brother’s body was taken to hospital at Golaghat, the family was informed. At the same time, his family alleged that there were several cuts and bruises in the body of late Gowala which points towards the fact that the death was not an accident but some deliberate murder. Another point to be noted is that the water level in the hot water spring was not that high that somebody could so easily get drowned in it. Meanwhile, Gowala’s family and Borpathar unit of Assam Tea Tribes Students Association has submitted a memorandum with the Deputy Commissioner of Golaghat demanding proper investigation and justice. It is pertinent to mention that of late, there has been a drastic rise in criminal activities in picnic spots all over the state and it is high time that the authorities take the matter seriously and do the needful to prevent such mishaps in the future.

6 Mar 2015 - 1:53pm | AT News
In a bizarre incident that could embitter Assam-Nagaland peace initiatives, a mob of local youths in Dimapur on Friday lynched a person from Assam accusing him of raping a college girl next month.... 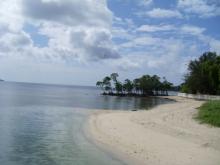 Udalguri SP suggests use of 303 rifles by villagers

20 Nov 2012 - 7:30am | Jayanta Kumar Das
“At least 45 thousands of 303 series rifles and nearly 10 lakhs rounds of its bullets are lying idle in various police armors in the state with the modernization of Assam police with AK series...