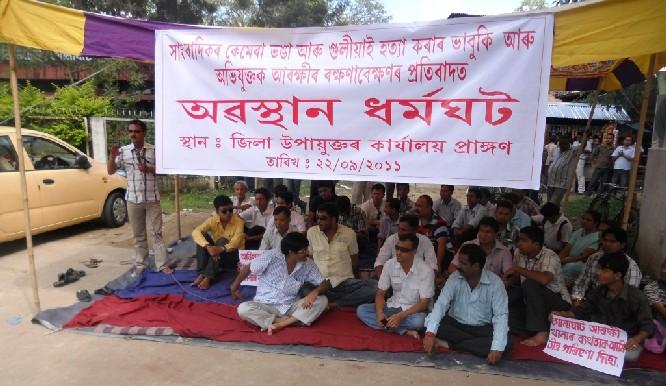 Journalists from various media organisations today conducted a sit in demonstration in front of DC office Golaghat, protesting alleged assault on Rajib Dey, the camera person of Prime News, a private TV channel by a scrap merchant and demanding the arrest of the culprit. It is to be noted that on 16th September, the scrap merchant was involved in illegal trading of goods formerly seized by the excise department which included a large number of tin drums. When the accused was caught red handed by the camera crew, he retaliated with violent by smashing the camera and giving life threat to the news team.

Poachers kill another rhino in Assam

18 Jul 2007 - 8:20am | luitneildon
Guwahati : Suspected Karbi poachers last night killed another rhino in the Kaziranga National Park,taking the total number of rhinos at the world heritage site falling prey this year to nine.Park...