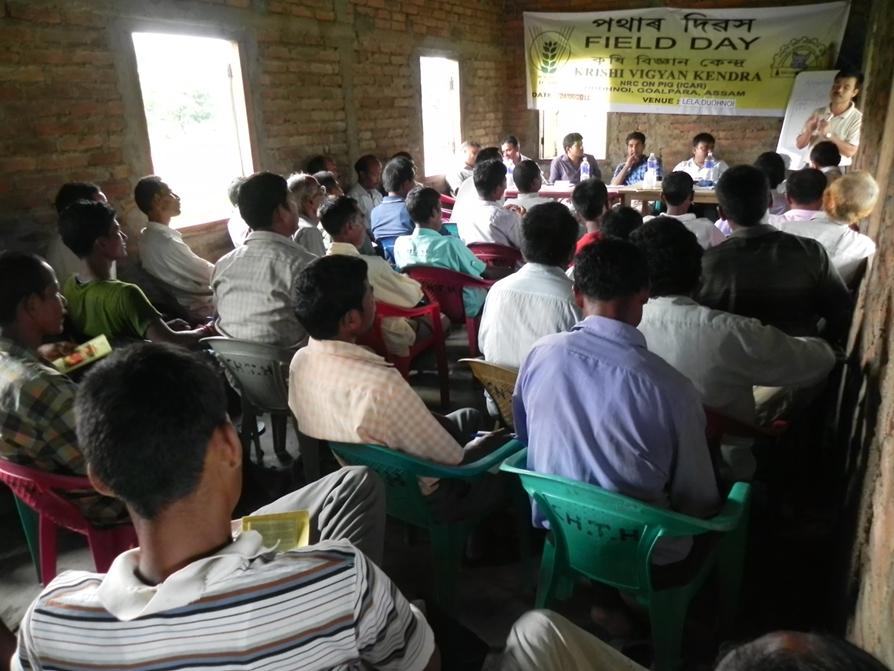 Krishi Vigyan Kendra Goalpara has conducted a Field Day on "Use of Adjustable Row Marker in Tomato Cultivation" at Lela, Goalpara on 24/06/2011. The programme was organised as a part of Front Line Demonstration (FLD), in which nearly fifty farmers have actively participated. The FLD was undertaken for popularizing mechanization in row marking for vegetable cultivation. All the officials of KVK Goalpara attended the programme and DDM, NABARD also attended as a guest.

21 Dec 2017 - 11:32am | AT News
GUWAHATI: Finally, the Gauhati High Court has granted bail to Akhil Gogoi whom the Dibrugarh police arrested under the National Security Act on September 13. After hearing the bail plea moved on...

23 Feb 2014 - 8:32pm | AT News
KMSS is all set to go for a massive agitation on Monday across the state demanding land pattas.The peasant body leaders told Assam Times that thousands of people will throng Guwahati from early in...