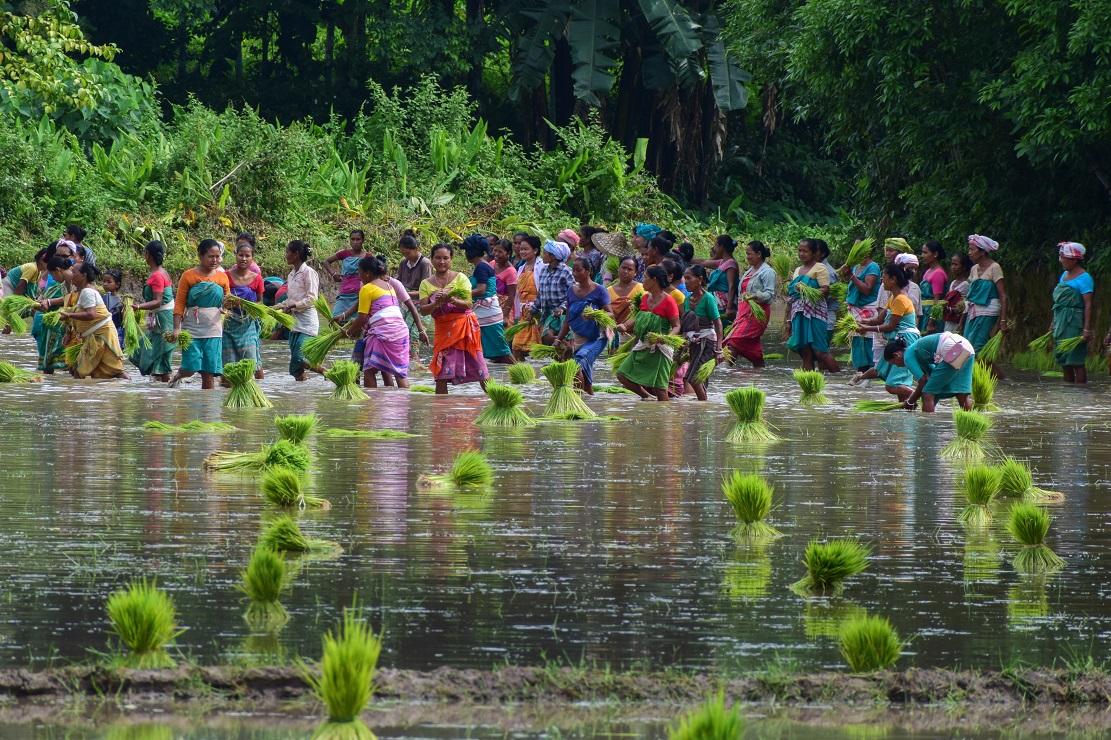 Community paddy transplantation is an age old practice in Assam, which has depleted to a great extent in the last few years. To counter this, all the 120 farm families of Majpara village of Goalpara district of Assam are continuing the tradition of community paddy transplantation in community land. This year it was done on morning hours of 3rd August, where both men and women of all the families participated in different activities of uprooting from seedbed, carrying to field and transplantation in a festive mood.

17 Jul 2016 - 12:56pm | AT News
The end of stinging dissidence in Arunachal Pradesh Congress marks the start of a new era in the state’s political scene. Pema Khandu took oath as Chief Minister of the frontier state on Sunday a...

12 Mar 2014 - 4:38pm | AT News
The Election Commission has refused to make any change in the poll schedule in Assam.The confirmation came from full fledged commission meeting held in Guwahati on Wednesday.Addressing a press...