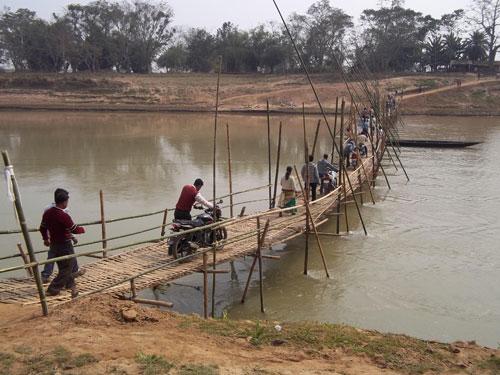 People are seen crossing the river Kopili at Kachua ghat at Chaparmukh under Raha constituency. Government has not yet taken any step to build a concreate bridge even after 63 years of independence.

Permalink Submitted by Heramba Bora on Wed, 13/04/2011 - 19:45
This shows the apathy of the Govt towards the people of that region.Neglected to the infinity. This is probably during the time of winter when Kopili gets dry. Just think during the rainy season. Probably Boat is the only answar

Huddle in Delhi for talk with ULFA