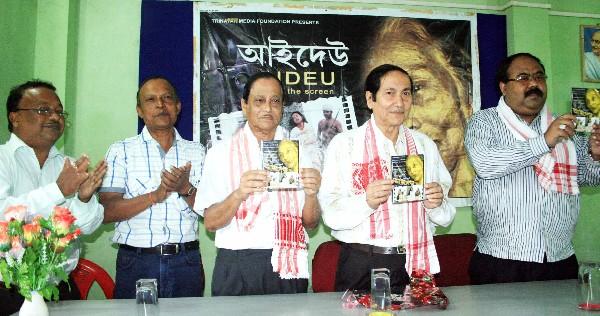 Award winning Assamese film 'Aideo' directed by noted film maker Arup Manna, which got many appreciations after screening at both National and International film festivals was released on Thursday at Nagaon Press Club, Nagaon. The film is now available in DVD which was released by noted actor Gyanada Bora in the presence of distinguished guests. While talking to media, Manna thanked the media for helping in publicity of the film. He also told that he felt very happy when the film was screened twice in Germany. The film has been made on the life of Aideo Handique, the first Assamese female actress.