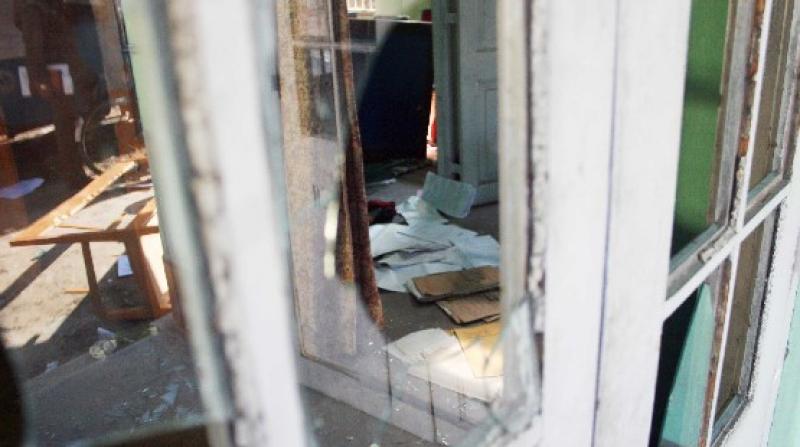 Today, at around 11.00 in the morning, the office of CDPO of Khagarijan ICDS project located at Lakhinagar under Haiborgaon P.S was vandalized by irritated public.The Police rushed to the site immidiately and found that the office was locked by the public from the outside. All around the area were broken glass and furnitures.While talking with the people of near by locality,they informed that around 60-70 nos of men and women gathered in the office campus and raised slogan against the CDPO for illigal appointments of Aganwadi workers and Helpers.Talking to an employee of the office he told that at first the people including some candidates raised slogan with placards against the results of Aganwadi workers and Helpers which was hanged on Friday night.Among the candidates,some candidates who were not selected entered the office and started to protest against the result.They claimed that CDPO Rubul Sarma took bribe from some candidates in the appointment process.

The office staffs urged those candidates ,who were not satisfied with the results,to submit a written complain to the office.As Rubul Sarma was on leave so they were asked to meet the officer on his return from leave. In th meantime some of the candidates who were outside the office room started to break window glasses.All the office staff flew away from the office when they found the situation was turning a bad way. The irritated mobs entered the office rooms and vandalized all furnitures and files. After destroying the office property they locked the office doors and went away.According to the candidates and public involved in vandalizing the office property,they blamed CDPO Rubul Sarma being totally involved in corruption and illegal appointment. It is worth to mention that there are 20 nos of ICDS projects in the whole district and among all Khagarijan ICDS project had a good name but today this incident has raised question among the people of Nagaon that " How long deserved candidates will betrayed for corruption ?" The security persons were soon deployed in the site to control the situation.