For the first time in Assam, Baator Naat (Drama on Road) Competition is begin from today in Sivasagar.The competition is for 4 (four)days, for the first 2(two)days the 4 (four) teams played in different parts of Sivasagar town and tne next 2 (two)days 5 (five) teams played in Lakhimpur. The cmpetition is jointly organised by Acting Acadamy, Demow and Sivasagar Naitya Vidyalaya, Sivasagar in association with Rainbow North East, an NGO. Altotal 9 (nine) teams from different parts of Assam participated in the competition. 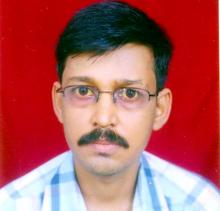 A tribute to Shantanu Goswami

30 Jan 2012 - 12:08am | editor
As a result of a long battle with a deadly disease Shantanu Goswami passed away on the January 19 at Gangaram Hospital, New Delhi. Shantanu served as Research Assistant in the Department of...

30 Oct 2014 - 2:29pm | AT News
IRCTC is getting notable response to the ongoing Vigilance Awareness Week-2014 which will conclude on Saturday. This year’s slogan Combating Corruption-Technology as an enabler takes the...