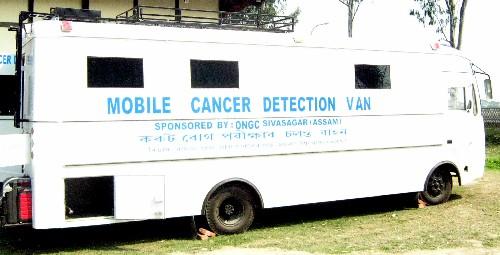 The Mobile Cancer Detection Van which is first of its kind in India, is donated by ONGC Assam asset to Joint Director of Civil Hospital, Sivasagar under development programme on March 24, 2009.

Discussion on Child-Friendly facet of Guwahati

28 Feb 2009 - 4:11am | Nava Thakuria
Snehalaya with the support of Guwahati Press Club has organized an interactive session on the issue of children’s safety, comfortability and facilities available in Guwahati. The workshop...