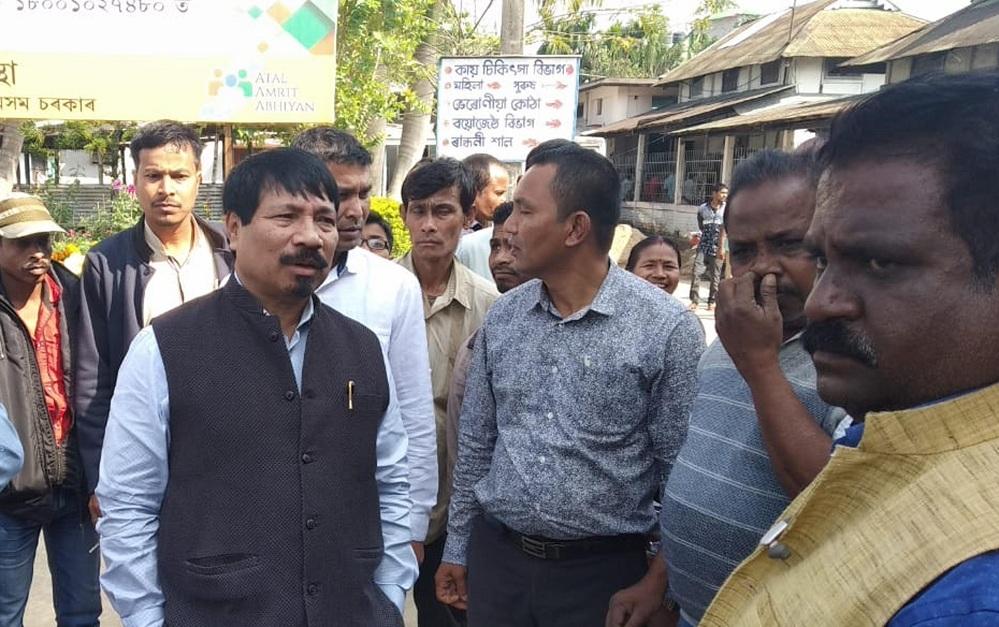 1 Sep 2015 - 9:17pm | AT News
Amid growing blamegame over the Louis Berger scam between Chief Minister Tarun Gogoi and former GMDA minister Dr Himanta Biswa Sarma, a Canada delegation is on a fact finding visit to Guwahati on...

Where locals fear to tread

9 Jul 2016 - 4:06pm | AT News
A nondescript hamlet in Morigaon district of Assam, of late, seems to have taken the centrestage of attraction. But only for wrong reasons. Known as Hatimuria under Mayong block in the district, the...

16 Nov 2018 - 9:47pm | Akshaya Pranab Kalita
Namrup: Thousands of people thronged Namrup against the Citizenship Amendment Bill 2016 in a protest rally organised by the All Assam Student Unionalong with with 28 other organisations which started...