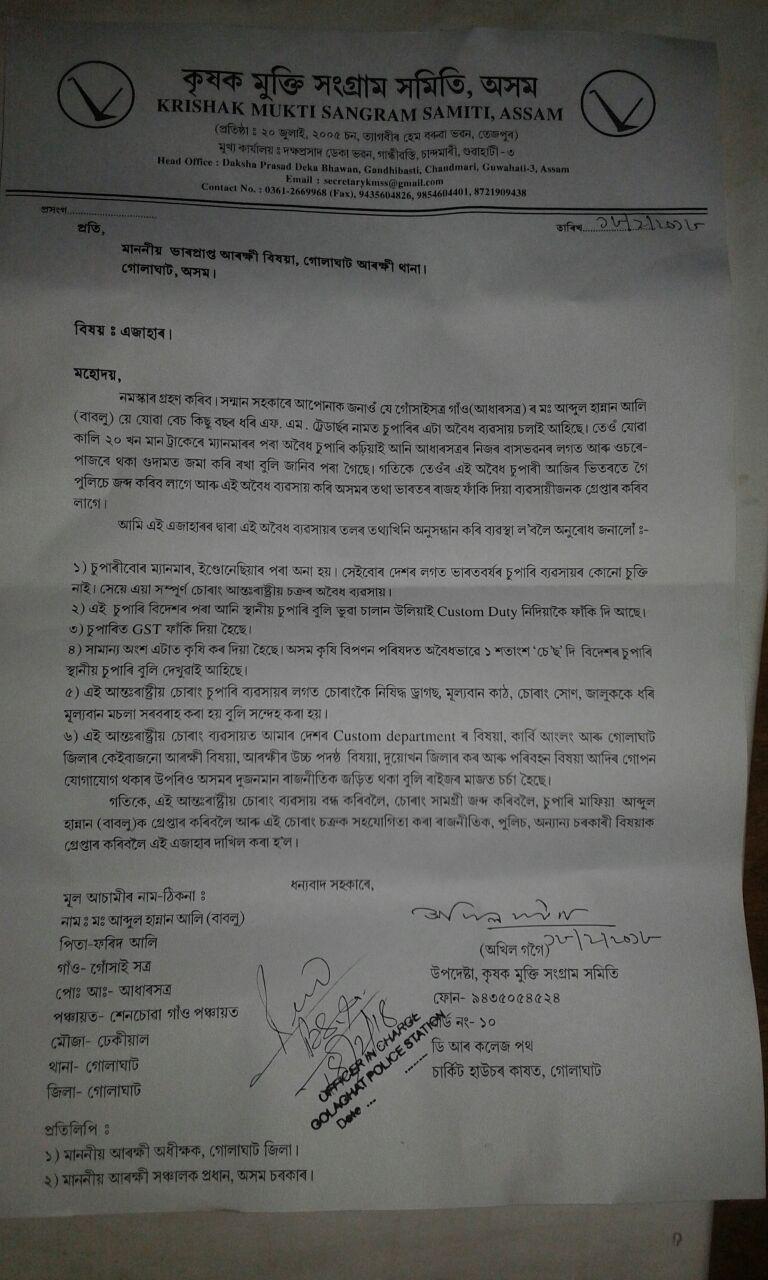 GOLAGHAT: Krishak Mukti Sangram Samity in Assam claims to have discovered yet another nefarious dry nut smuggling incurring multi crore loss of GST in the cash strapped north eastern state. In a written complaint lodged before Golaghat police on Sunday, Akhil Gogoi, the adviser of the state’s most influential peasant body has named a local trader Abdul Hannan Ali in the name of MS Traders under by direct and indirect patronage of a section of powerful political leaders, civil and police heavyweights.

In his complaint, Gogoi claimed that the trader in question who is a resident of Gosai Satra village on Saturday brought a huge consignment of dry nuts in 20 trucks to be smuggled. According to Gogoi, dry nut trade with the neighbouring countries is illegal since India has no deal to do it with none of the neighbours as of now.

Procured from Myanmar and Indonesia, the entire consignment is being kept in a number of places in and around his house or business establishment. The KMSS firebrand, further, has alleged evasion of customs duty to the tune of crores of rupees allegedly producing challan copies to prove the consignment as local product with active help from Assam Agriculture Marketing Board who shows to have cleared it with 1 per cent cess. Gogoi and his organization demand a proper enquiry into it and arrest of Ali to bust the dry nut smuggling racket. 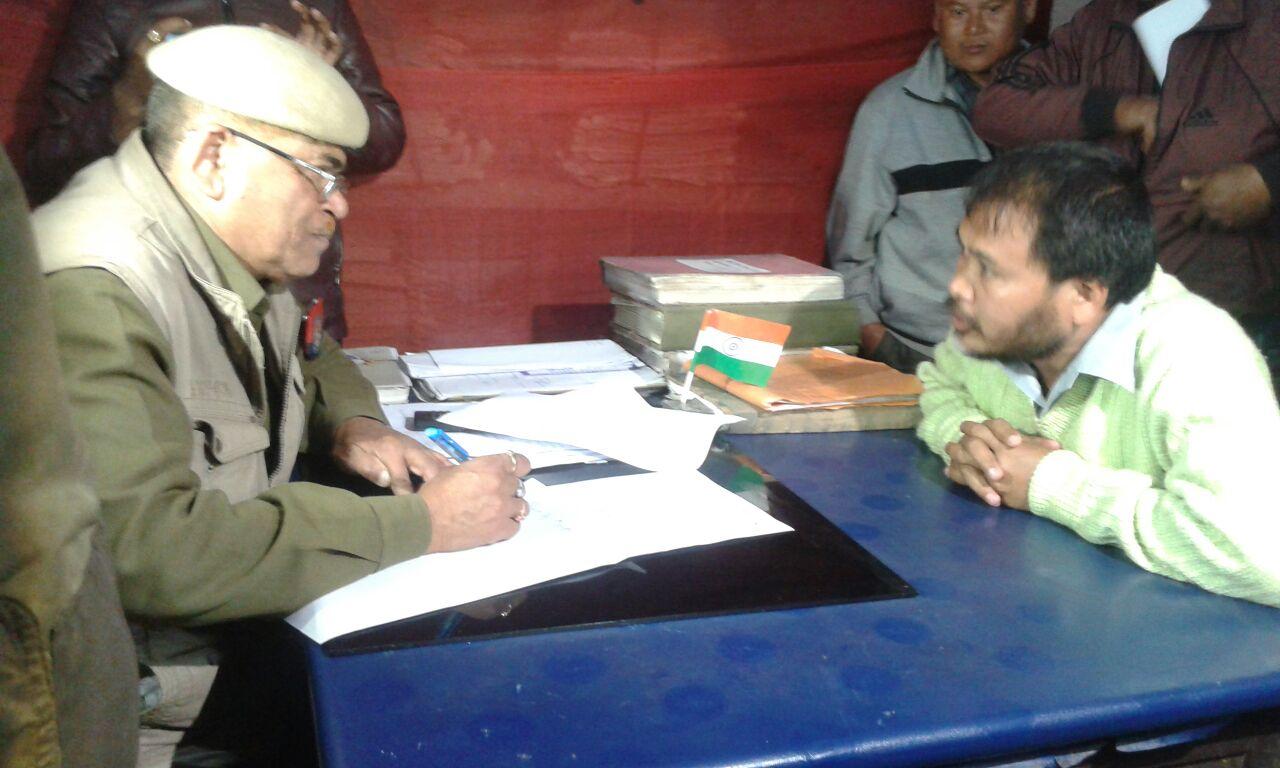 25 Aug 2016 - 4:20pm | AT News
Reputed human rights activist, author and scholar from Manipur, Ms Binalakshmi Nepram will attend the Meet the Press program of Guwahati Press Club on Friday. The interactive session will begin at 3...

6 Apr 2015 - 11:34am | editor
If spring comes can the Bohag Bihu stay far behind? Here comes the Bihu. Tender leaves on the trees, season flowers in full bloom, chirping of birds seem to have dressed the entire state afresh....