Survival International stick to guns in GPC’s Meet the Press 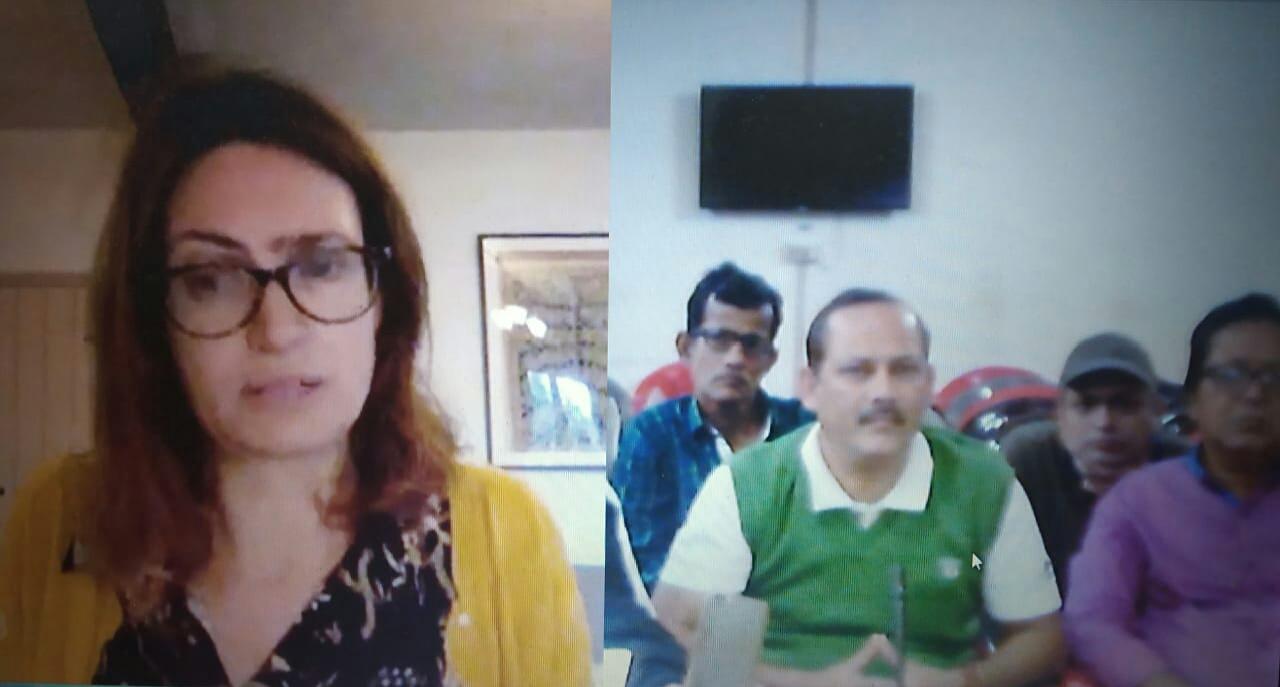 GUWAHATI: Tasked with protecting wildlife, foresters often try to cover up their inefficiency and corruption by terrorizing indigenous people inhabiting areas near forests. But without taking these people into confidence, it is impossible to preserve forests and wildlife. Expanding on this issue, Sophie Grigg, Senior Research and Advocacy Officer, Survival International, said that merely arming forest guards with sophisticated weaponry actually complicates the conservation effort. She was addressing city-based scribes from London through video conferencing as part of Guwahati Press Club’s ‘Meet the Press’ programme. Referring to Kaziranga national park, Ms Grigg however claimed that while a large number of rhinos have been gunned down in the past 5 years, the killing of poachers too “have continued apace”.

Coming out strongly against ‘shoot at sight’ powers foresters are being armed with, she said: “The outcome of shooting down poachers is that the masterminds remain in the dark. And it is the masterminds who keep pushing in new poachers to take the place of those who have fallen to foresters’ bullets. By all means, catch poachers alive and prosecute them, but do find out who are pulling the strings”. Conservation policies should also factor in the traditional knowledge of indigenous people inhabiting forests and surrounding areas, she commented.

It may be recalled that international tribal rights advocacy organization ‘Survival International’ has been taking up cudgels on behalf of tribals adversely impacted by ham-handed conservation efforts. It strongly supported the BBC documentary ‘Killing for Conservation’ which riled the Kaziranga authority and Indian government last year for claiming long-standing human rights violation and extra-judicial killings of poachers in the national park in the name of conservation. Moving on to the suspected killing of an American citizen in the Andamans recently by Sentinelese tibals, Ms Grigg appealed to the Indian and US governments not to send in a party to exhume the body. “This could cause these tribals, hitherto separated from the wider world, to be infected by all sorts of diseses that could result in extermination of the entire community,” she cautioned.

13 Sep 2015 - 7:12pm | AT News
Assam Forum of Great Britain (AFGB) organized its 4th Annual conference at the London School of Economics on September 5, 2015.  MP Sarbananda Sonowal sent a good will message appreciating the...

1 Jul 2010 - 5:32pm | editor
Assam on Thursday paid its last respect to the body of six brave hearts two days after they lost their lives at the hands of Naxals in Chhattisgarh. Led by Assam director general of police Shankar...