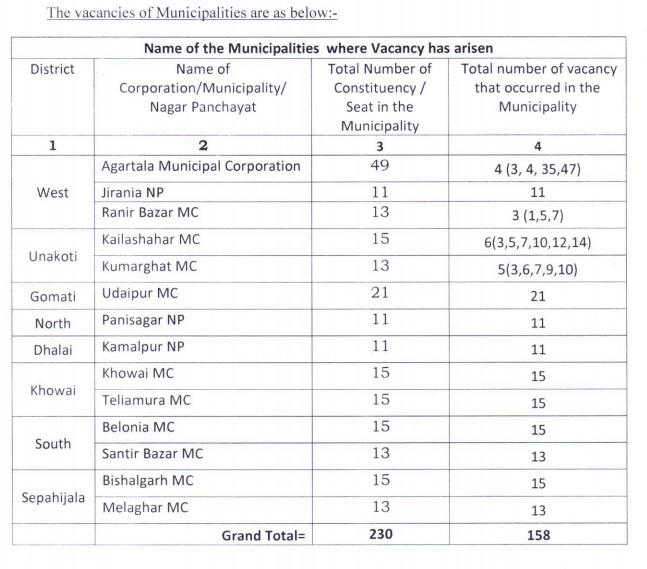 Agartala: The State Election Commission of Tripura is going to hold by-election to Municipalities across the state to fill up vacancies of the Urbal Local Bodies on December 22. The vacancies have arisen in 14 municipalities with 158 seats due to resignation, dissolutions and other reasons.

The nomination process will start from November 26 till December 4. 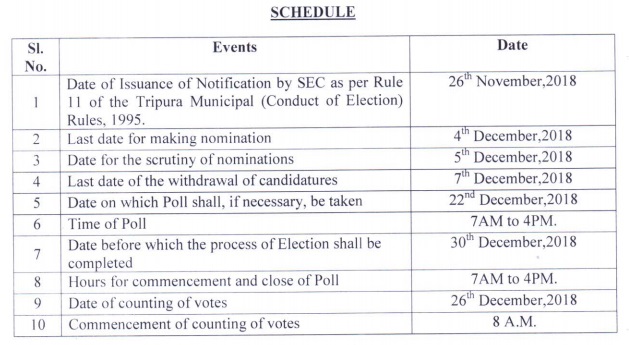 4 Feb 2014 - 9:58pm | AT News
Delhi Chief Minister Arvind kejriwal said that the miscreants involved in Nido Tani’s murder should be hanged.Joining the dharna organized by the north east students at Jantar Mantar on Tuesday, the...

20 Aug 2015 - 7:23am | AT News
A photo exhibition is underway in Guwahati drawing an encouraging response from a good number of people in the city.Organized by the Photography Society of Assam to mark the World Photography Day on...