The election to Tripura Tribal Areas Autonomous District Council (TTAADC) is going to be held on April 4.

However,  the CPI (M) and the Christian community have raised serious objections to the election date on April 4, which is Easter Sunday, a holy day for the Christians.

Choudhury sought a review of the decision to hold the election to Tripura Tribal Areas Autonomous District Council.

Former MP Jitendra Choudhury Choudhury wrote on his Facebook page: “India is a secular country; we respect all faiths with equal dignity. 4th April is Easter Sunday, a very special day for Christians. State Election Commission should not have chosen the date for ADC polling”.

The Christian community has expressed their anger over the election date. Fr Lumen Monterio, Bishop of Agartala Diocese sent wrote to the State Election Commissioner requesting to change the date of the ADC election. 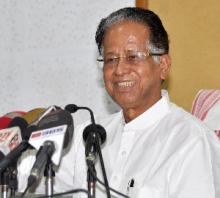 5 Jul 2013 - 5:22pm | Peter Alex Todd
Countering BJP President Rajnath Singh's allegation of 'foreigners issue is not in Congress's agenda', Chief Minister Tarun Gogoi said that the BJP did nothing to solve the issue during their tenure... 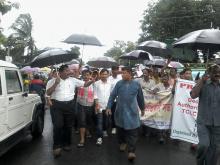 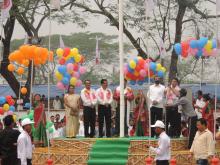