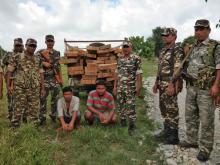 8 May 2016 - 2:13pm | AT News
Volunteers’ association Jeevan Initiative has conducted a study based on a survey among the youths studying in various colleges and universities in Guwahati regarding their daily lifestyle....