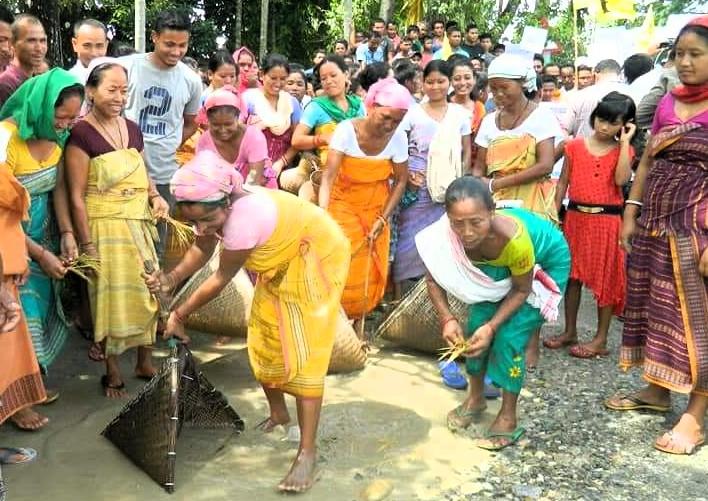 The dilapidated state of Tangla-Kathalguri-Harisinga PWD road in Undalguri district has been decried by people of the places. The road has been a vital link between Tangla and Harisinga since long back. But non completion of the road has made it near impossible to travel on it.Students, teachers and officials use this short road to visit Harisinga and Udalguri. But people suffer much as and when there is a rainfal. During rainfall water filled pot holes play as death traps to people on bicycle, bike and four wheeler. Construction work of the road had started decade back,but due to reason not known the construction activities left undone.Protesting against the dilapidated state of the road and demanding its early completion, ABSU anchalik committees of Tangla, Harisinga and Kasubil units staged road blockade programme today on June 24.Rinjoy Boro, president Udalguri district ABSU attending the programme said that local Minister Rihon Daimari had assured early completion of the road before Assam election last year.He requested Daimari to keep his words given to people.