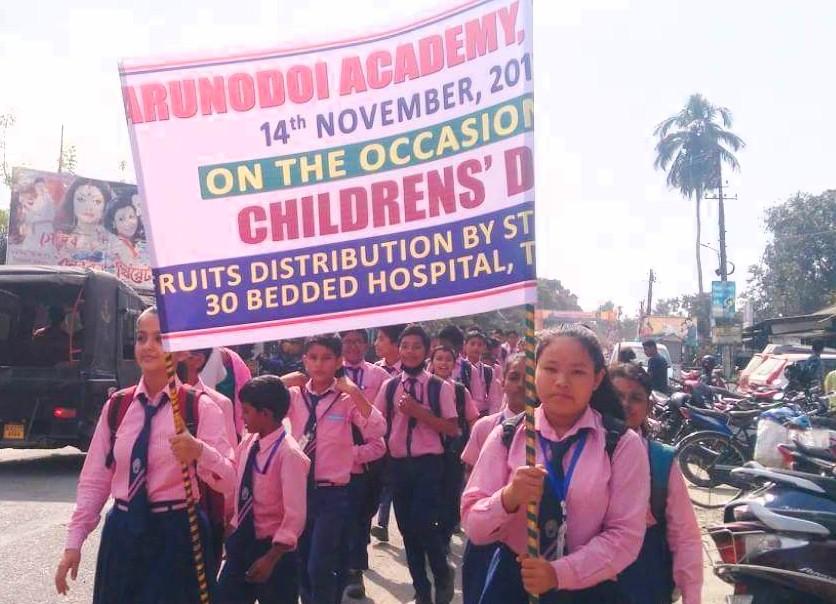 The teachers and students of Tangla celebrated the Childrens’ day marking the birth anniversary of Jawaharlal Nehru on Tuesday. Pomp and gaiety gripped the Don Bosco where the celebration began with a welcome song by the teachers. In his welcome speech Fr. Ranjit Xalxo said that childrens are the nation builders, they are strength of the society .This was followed by a colorful cultural function by the students. Father Marcus Lakra also attended the ceremony to much delight of the students and teachers.The students and teachers of Arunodoi Academy,Tangla also celebrated Childrens' Day where the students and teachers took out a rally on Tangla town on the occasion. They further visited patients of Tangla 30 bedded hospital, distributed sweets and fruits among them.

23 Aug 2012 - 6:40pm | editor
Surface communication from Assam to the rest of the country remains cut off when thousands of BPF workers blocked railway track and highways leading to the state from Wednesday morning on protest...

18 Mar 2014 - 9:47am | AT News
Congress is expected to announce to Mongoldoi candidate for the upcoming Lok Sabbha polls.The ruling party’s election committee is believed to have finalized the name to be announced later on Tuesday...

25 Sep 2017 - 12:15pm | AT News
Defying a statewide protest, the Assam government on Monday arrested Akhil Gogoi under the National Security Act in connection to an old case pending against the peasant leader in Kaziranga...