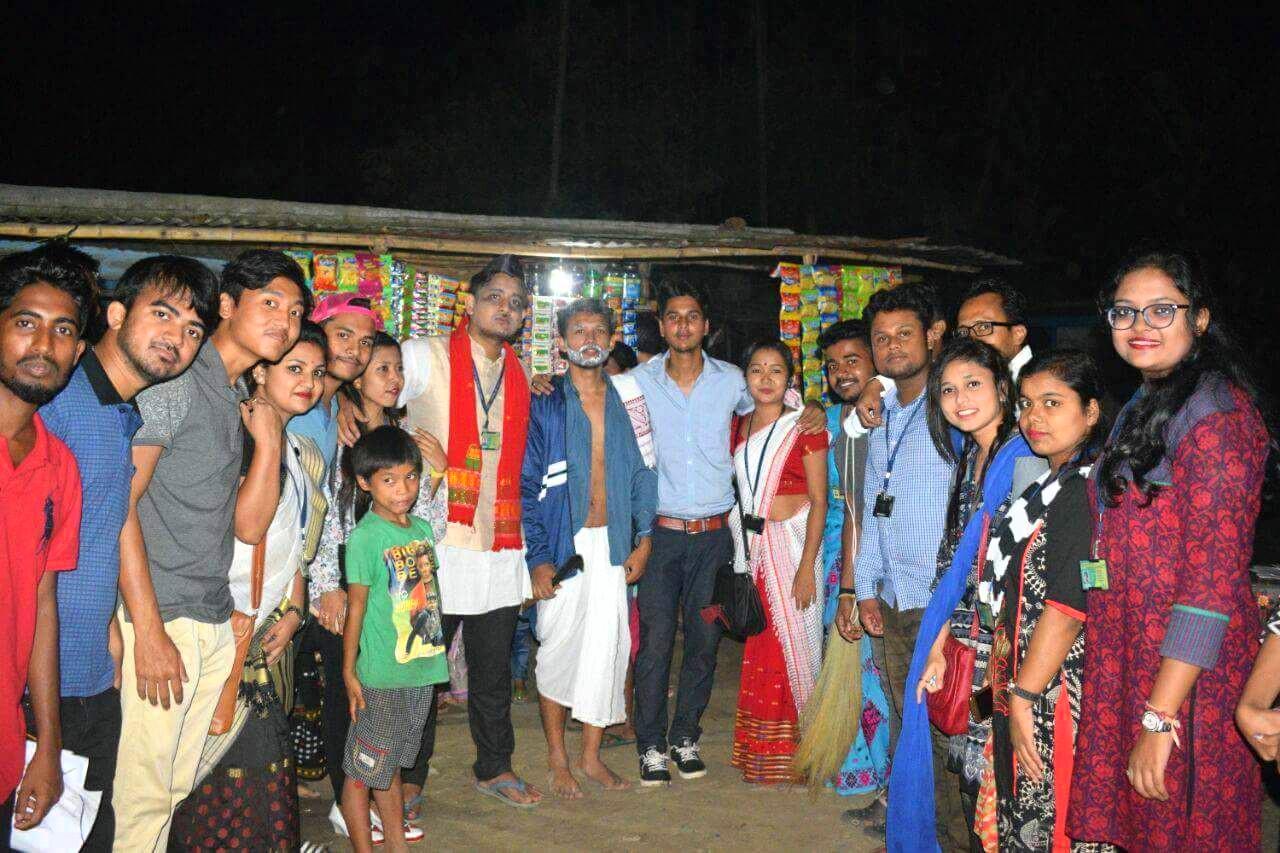 A group of fourth year students, Bsc(Agri.) of AAU presently undertaking their RAWE programme in Puranigudam, Nagaon opted for a unique platform-streetplay-in Garmur Tiniali to put across their message on social realities to the local populace. They organised two plays-one named 'Vastraharan' where a statue of the great Dr.Bhupen Hazarika gets demoralised by the drunkards and youth and this play shows how the cultural ethics are at the tip of moribund. Another play titled 'Edhaani Hopun' features the life of poor girls being ruined at the hands of moneymakers who lure their parents to send their daughters and sisters to cities for earning, but in return, are sold off and abused. Another aspect of the play is that it throws limelight on the role of certified Non-governmental organizations who actively work for the support of such girls and how they prove to change their lives. Thus, the students' efforts were well depicted in their acts and they managed to create huge mob within a short time. The students received great appreciation from the bystanders and they succeded in giving their message to the people so that such hideous social activities could be brought to an end.

26 Feb 2021 - 9:42am | AT News Itanagar
A meeting on implementation of Choice Based Credit System (CBCS) was held by Rajiv Gandhi University on 25th February 2021 in a blended mode. The stake-holders - the Principals of affiliated colleges...

20 Aug 2009 - 4:44am | editor
On the occasions of the 66th birth anniversary of Late Prime Minister of India Shri Rajiv Gandhiji , All India National Unity Conference on National Integration and Communal Harmony awarded the RAJIV...

13 Mar 2017 - 6:27pm | AT News
Taj Vivanta, the name of a five star hotel in Guwahati has suddenly turned into a hub of political activities of Manipur. At least five newly elected Congress MLAs have been camping in the hotel to...