The 74th death anniversary of freedom fighter Swahid Kushal Konwar was observed in a solemn ceremony held at his residence at No.2 Gondhkoroi Gaon at Sarupathar in Golaghat district on Saturday. The programme as  organized jointly by the Dhansiri sub-divisional administration and Dhansiri Zila Mukti Jujaru Sanmilan and local citizens.

Member of Parliament, Jorhat Parliamentary Constituency, Kamakhya Prasad Tasa, Deputy Commissioner, Golaghat, Gaurav Bothra, SDO (Civil) Dhansiri, Bipul Das along with leading citizens of Golaghat and Sarupathar were present on the occasion. The dignitaries paid rich tributes to the martyr and recalled the sacrifices made by Kushal Konwar during his life.

Different programmes such as Prabhat Ferry, cleanliness drive, tree plantation, all-religion congregation, felicitation of freedom fighters were taken up to mark the occasion.

Opportunities in Assam and Northeast go up

30 Aug 2007 - 5:54am | Rituparna Goswami Pande
Its raining jobs! Well soon it is hoped that it will actually when the unemployed of the state will no longer need to go from pillar to post in search of that coveted government job. The launching of...

2 Aug 2011 - 3:50pm | Anup Biswas
To renew and strengthen the age-old brotherhood relationship among the various communities living in the district of Dima Hasao, a goodwill meet between the representatives of Jadikhe Naiso Hosom... 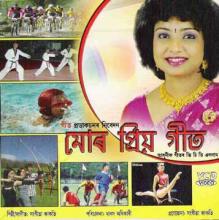