Following the Silapathar incident where an unknown Bengali organisation ransacked the office of the All Assam Students' Union demanding Indian citizenship for Hindu Bengalis who came to Assam from Bangladesh after 1971,Assam police has registered cases against the masterminds of the Silapathar incident,namely Subodh Biswas and others. But no arrest has been made so far.Protesting against police failure to nab the culprits,All Assam Students' Union Kalaigaon Anchalik Committee has given a call for 72 hours greater Kalaigaon bandh from March 12 (Sunday) to March 14 (Tuesday).According to AASU,the masterminds of Silapathar incidents namely- Subodh Biswas,head of Indian committee of NIBBUS and Sahadeb Das,president of NIBBUS Assam unit cum organizing secretary of BPF,ruling party in Bodoland plus an ally of BJP,the inhabitant of Kalaigaon had been responsible for the present social turmoil in Assam.Protesting against police failure,AASU Kalaigaon urged BPF to disassociate with Sahadeb Das im the days to come

16 Sep 2010 - 8:46pm | editor
Making and end to all prevaiing controversy and confusion, the Assam Pradesh Congress Committee has left it over to Congress president Sonia Gandhi. A resolution to this effect adopted on Sunday was... 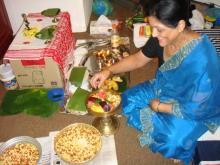 23 Sep 2010 - 3:44am | Mowsam Hazarika
Assam Science Technology and Environment Council, with support from the Department of Science...