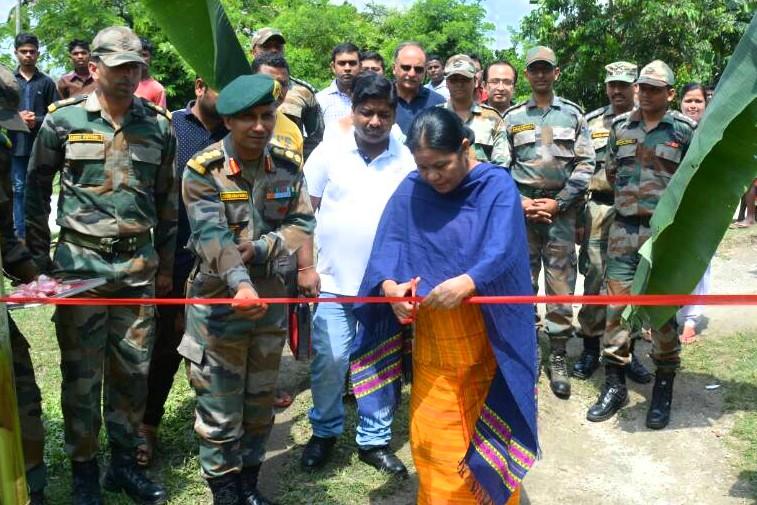 The continuous effort of the Army to serve the people living in remote villages near India-Bhutan border areas has recently been reflected with the arrangement of a medical camp at Garuajhar,Nonaipara in Udalguri district on June 22.Army camp Borongajuli of Red Horns Division under Gajraj Corps conducted the medical camp at Garuajhar village.Kamali Basumatari,MLA,Paneri constituency formally inaugurated the camp in presence of Commanding Officer of 14 Dogra Regiment and other distinguished people.Five Army medical officers including a dental surgeon  from Red Horns Division;three specialist doctors including a pediatrician,a gynochologist and an ENT specialist from government Civil Hospital provided medical assistance to the village people.Free medical check up and distribution of free medicine were also carried out for 1100 people.The medical camp was cheered by a cultural programme bringing joy to the people present.The Army band also performed with great enthusiasm to lift the spirit of the people.

4 Sep 2014 - 6:04pm | AT News
Efforts are on to fish out the bodies of three members of a family in Tezpur who jumped into the Brahmaputra failing to repay the debt on Tuesday. The bizarre incident that sends shockwaves...