The increase in the number of killing of rhinos by the poachers is a matter of great concern for the people of Assam. The failure of the forest department to preserve the wildlife and to protect the world famous one horned rhinos from the poachers has compelled the Assam government to seek the assistance of Indian Army. Therefore a memorandum of understanding was signed between the state government and the army in this regard in the month of June. Accordingly the eight brigades of army scattered all over the Assam will conduct operation in various wildlife reserves and national parks of Assam such as Nameri, Orang, Pabitora, Manah, Sonai, Rupai, Kaziranga etc. to protect the wildlife from falling prey to the poachers and to ceck the encroachments in these forest reserves. For this army has formed a special wildlife brigade. Such operations will be conducted under a Brigadier rank officer of the army. Army will also assist the forest department to implement various sections of Wildlife Protection Act. The operations in Kaziranga National Park will be conducted by the army brigade stationed at Jorhat. 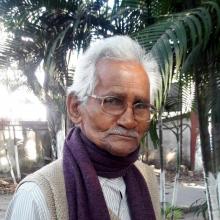 8 Jun 2008 - 3:08pm | Dibya J Borthakur
Talasing Hasampur (65), a resident of village Komrakata, in Nagaon was killed by an elephant at around 9.30 on Friday night. According to forest officials, a heard of about 100 elephants entered...