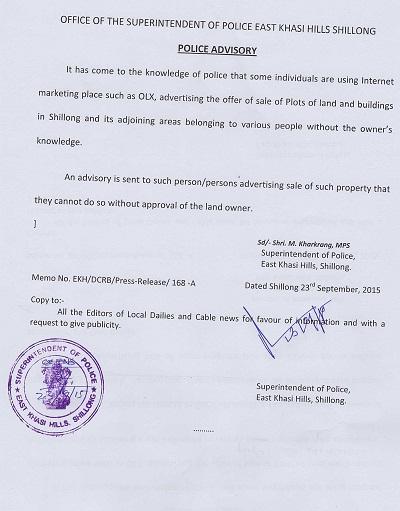 Despite a set of stringent measures Shillong is teeming with a company of imposters where the common people are bound to bear the brunt.

Meanwhile, the Shillong police have urged the common people not to go with these elements to be deceived in any form. In a press statement emailed to Assam Times, East Khasi Hills superintendent said that the real owners of the plots, allegedly for sale, are not aware of anything.