In an effort to effectively implement the recently enacted “Assam Health (Prohibition Of Manufacturing, Advertisement, Trade, Storage, Distribution, Sale and Consumption of Zarda, Guthka, Panmasala etc. containing Tobacco and/or Nicotine) Act, 2013,” the Deputy Secretary of the state Health and Family Welfare Department has issued a notification to the Director General of Assam Police, all Deputy Commissioners of Assam and Police supers of all districts of the state informing the concerned authorities that the said act has come into force from February 20, 2014.

The notification further requested the DIPR to widely publicise the above piece of information. This has been done in exercise of the powers conferred under Section 1(3) of the above mentioned Act. 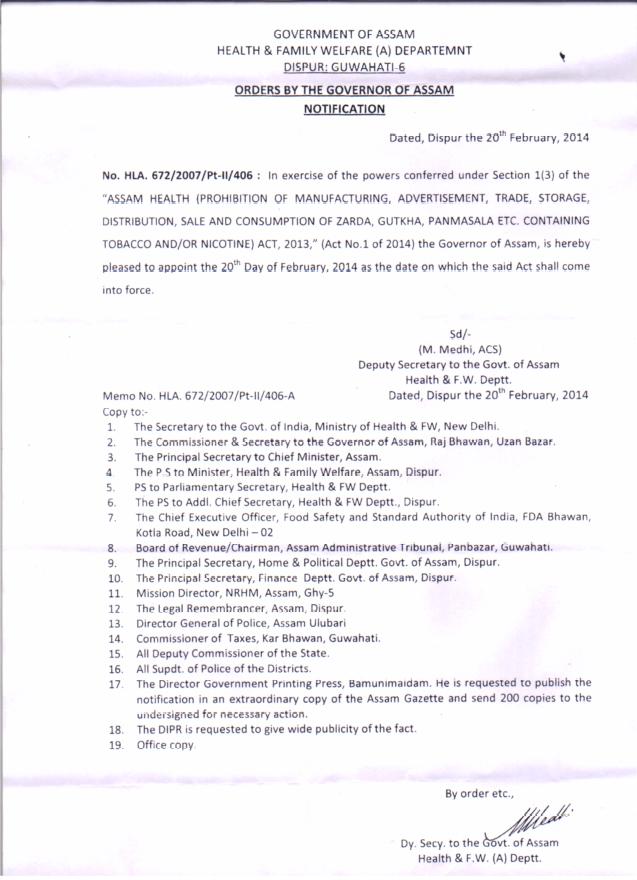 29 Jan 2014 - 8:02pm | AT News
AICC screening committee is set to finalise the list of Lok Sabha poll candidates in a day or two. The final list is being finalized by committee chairman and Union home minister Sushil Kumar Shinde...