28 Jun 2007 - 11:22am | Sandeeps
Guwahati: In the aftermath of the Mangoldoi meet of the AGP, the party today announced that it would soon make a decision to forge an alliance with the AGP (P) to regain power from Congress rather... 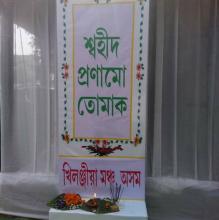 10 Dec 2017 - 5:00pm | AT News
GUWAHATI: With deep devotion and pledge of an immigrant free Assam, the state observed the Martyrs’ Day on Sunday marking the end of the life of Khargeswar Talukdar, the first martyr of the Assam...