12 Sep 2008 - 9:39pm | Nava Thakuria
A media workshop titled 'Tracking the activities of MPs and MLAs' has been organized at Guwahati Press Club on September 16, 2008. Organized by PRS Legislative Research, a New Delhi based NGO, in... 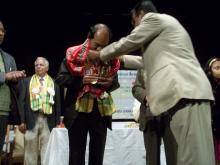 24 Dec 2011 - 6:19pm | Paresh Baishya
Readership Award 2011 was given away to Dr. Upen Rabha Hakasam,Head of the department of Assamese of Guwahati University by National Readership Devolopment Forum at Srimanata Sankardev Kalashetra... 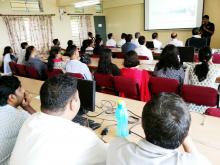