Where locals fear to tread

9 Jul 2016 - 4:06pm | AT News
A nondescript hamlet in Morigaon district of Assam, of late, seems to have taken the centrestage of attraction. But only for wrong reasons. Known as Hatimuria under Mayong block in the district, the... 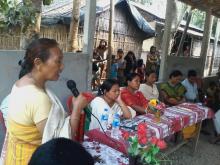