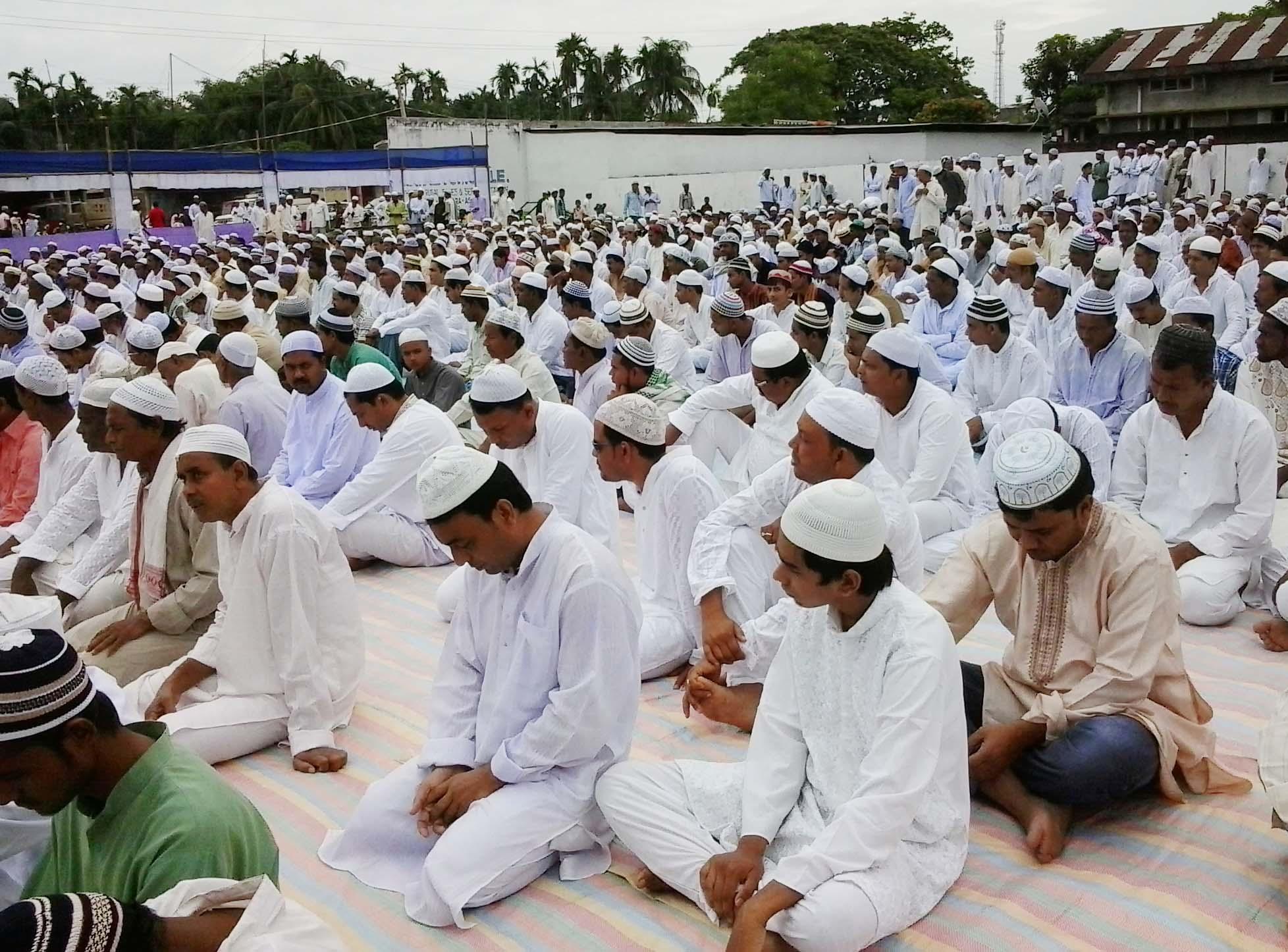 Eid-ul-Azha was celebrated on Wednesday with religious fervour and gaiety across Goalpara district along with the rest of the state. The day began with Muslims, attired in their best, offering Eid prayers at Eidgahs and mosques in various places in the district. After the prayers, Muslims sacrificed goats and other 'halal' animals commemorating the great sacrifice of Prophet Ibrahim and urged Muslims to follow his teachings and the Holy Quran. The meat of the sacrificed animals is distributed among neighbours, relatives and the poor. Muslims also exchanged greetings with relatives and friends and treated the visitors to their homes with sweet dishes.At Dhupdhara Eidgah over 2,000 people offered special prayers on the occasion. The prayer was led by Moulana Mufti Abdulla Rashidi. During his speeches before the prayers, the imam also prayed for peace and prosperity in the world. Eid was also celebrated around Dhupdhara and other towns of the district with people turning out in large numbers at Eidgahs and mosques to offer prayers.

6 Oct 2014 - 6:34pm | AT News
Prime Minister Narendra Modi thanks Tarun Gogoi a day after the chief minister formally joined the Swachh Bharat campaign. In his twitter, Modi said the mission can be made successful by working...