Sonitpur Police have arrested four Bangladeshi people including three women to push them back to Bangladesh very soon. But an arrested Bangladeshi national has alleged that he paid Rs 15,000 to a government employee Dhiren Saikia who assured him of documents to prove his citizenship.

According to information, in its stepped up operation against Bangladeshis, Zakir Hussain, wife Tavassum begum, sister in law Chorabari Begum have been picked to be deported soon.

These people have been sheltering in Goroimari area under Tezpur police station in Sonitpur district. Police sources said they would be deported after completing the legal formalities. The family has two children. Talking to reporters, Zakir alleged that after being detected by the foreigners’ tribunal, he paid Rs 15,000 to a government employee, Dhiren Saikia, who in turn assured him of documents to prove his Indian citizenship.

Permalink Submitted by Pranoy Jyoti Sw... on Mon, 18/08/2008 - 16:57
Please do publish in details about the culprit who help Bangladeshis to enter Assam. Like with full name, residence address and age so that he or she should feel ashamed from Assamese. Why to blame only to Indian government since our own people are not good.

Permalink Submitted by Jnanendra Dewan on Mon, 29/06/2009 - 09:32
We have to focus attention that all those Bangladeshis will not entertain at any cost, other wise they will surely convert our golden Assam to dirty Bangladesh and our politician don't have any objections as long as they are getting the vote bank. 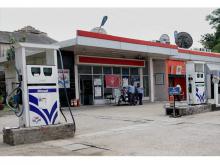 30 Aug 2018 - 9:47pm | AT Kokrajhar Bureau
Kokrajhar: People in BTAD region  have alleged that BJP led alliance state government failed to check price rises including fuels price in the state as well as fulfillment to the hopes...