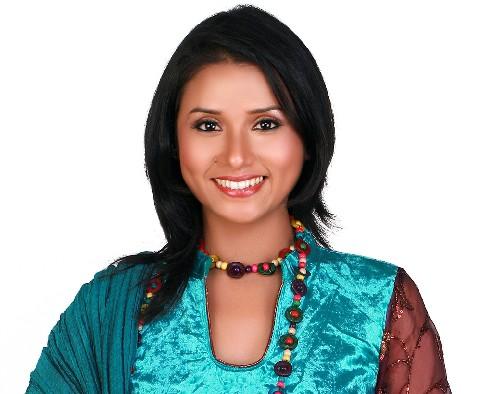 There seems to be no stopping this young Assamese actress. Mumbai-based Assamese actress Urmila Mahanta who has been in the news for the past couple of years is back in the limelight. Making the entire State of Assam and Northeast India proud, Urmila has shown her mettle by being nominated for the South Indian International Movie Awards (SIIMA) for her stellar performance in the Tamil crime thriller Vazhakku Enn: 18/9.

A Post Graduate in Acting from Film & Television Institute of India, Urmila had earlier received critical praise for her sensitive portrayal in the highly acclaimed teen crime thriller Vazhakku Enn: 18/9. Directed by Balaji Shaktivel, the film had gone on to pick up National Film Award for Best Feature Film in Tamil, National Film Award for Best Make-up Artist. The SIIMA awards 2013 saw her name being nominated in two categories.

Talking about her nomination to the SIIMA awards, Urmila says, “It is really a humbling experience to know that people in South India have accepted the films I have worked in and also my acting capabilities. This goes to prove that language is no barrier for acting and I am really thankful to God and my directors, producers and co-workers for putting all their support on me.”

Assamese people in Mumbai as well as back home are upbeat about Urmila’s achievement. In the words of National School of Drama pass-out Assamese actor Jyoti Narayan Nath, “What Urmila has done is no mean achievement. Balaji Shaktivel is known to be a sticker for perfectionism and the fact that she got selected for the film and portrayed the role of Tamil lady so well is itself praiseworthy. Urmila has done Assam and Northeast India proud and people across the region should come out to vote for her.”

Parineeta Chakraborty, a Mumbai-based Assamese actress who has worked in many Hindi serials, films and Assamese feature films, said, “Urmila has done Assam and Northeast proud. People of Northeast should vote for Urmila and ensure that she wins this prestigious award.”

Voting lines are open in the SIIMA website. People in Assam and Northeast can visit www.siima.in/2013 and vote for Urmila. Please vote for Urmila and help her script history as the first actress from Northeast to win the prestigious South India International Film awards.

Urmila Mahanta was born to Giridhar Mahanta and Ramala Mahanta in Sonapur, Assam. She has three siblings, Jutika Mahanta, Munmi Mahanta and Munindra Mahanta. Urmila did her entire schooling in Sonapur and later graduated from Dimoria College in Khetri, Kamrup. Urmila spent her major part of life in Mumbai, Maharashtra, and then went on to enrol at the Film and Television Institute of India, Pune.

Urmila had been acting in plays since her childhood and bagged many awards. Afterwards, she was featured in several television serials such as Murder and Tejimola for Doordarshan (NE), which were followed by appearances in various critically acclaimed short films including Aaliya, that won the Special Critic Award at the 2012 Mumbai International Film Festival, Their Story and Cheng Kurthy. Urmila was also seen in Assamese singer Tarali Sarma's album Henguliya.

While attending the International Film Festival of India at Goa, she was spotted and selected among few others following a lengthy process lasting two years including multiple auditions conducted by director Balaji Sakthivel for his drama-thriller Vazhakku Enn 18/9. Urmila has received notable praise for portraying the character of a slum dweller, Jyothi, who works as a housemaid. The Times of India critic M. Suganth wrote: "It is Urmila Mahanta's understated performance as Jothi that is the film's pivot". Similarly, a reviewer from IndiaGlitz.com noted that Urmila was "impressive as a short poetry on screen", further adding that she "bubbles with energy and emotes at ease", while another critic quoted: "Urmila is a treat to watch. She delivers what Balaji Sakthivel wants from her. She is cool and passes the test with ease and elan". The film itself received widespread acclaim, with reviewers calling it "excellent", a "must-watch", and even "the film of the year".

12 May 2016 - 11:45pm | AT News
A documentary covering various salient features of the situation prevailing at Indo-Bangla (Assam) border areas, will be shown at Guwahati Press Club on Friday at 2 pm. The man behind the 17 minute...