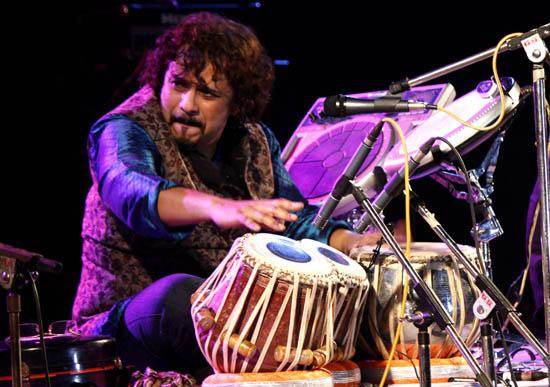 Three days of fun, frolic and non-stop music marked the second edition of the Guwahati International Music Festival. One of the only such festivals in the eastern part of the country, more than 200 artists from as many as 6 countries took part in the mega event. The festival was organized by Eastern Beats Music Society with the support of Assam Tourism, NTPC and NEEPCO.

From Jazz to Blues, Classical to Rock – Guwahatians were spoilt for choice as some of the biggest names in the music industry descended in the Northeast. For the visiting artistes too, it was an excellent opportunity to network with the virtuoso musicians of the far-flung region of the country.

Manmohan, who is a faculty member in the Indian Council for Cultural Research in Kathmandu, said, “When I came to Guwahati, I never expected the kind of networking that was in store for us. I have had a great time knowing and interacting with all the fantastic guitarists here. I am coming here again to experiment further with Sufi music and Northeastern folk.”

The festival kicked off on the evening of November 23 with a fascinating symphony of 100 Sitars which was conducted by eminent Sitarist Hem Hazarika. The 100-member troupe, which was dressed in traditional white Assamese attire – men in Kurtas and women in mekhela chador – performed a 15-minute recital based on a pahari tune. Needless to say, the visual array and sweet melody kept everyone glued to their chairs and provided an excellent example of what was lined up for them for the next three days.

Padmabhushan awardee Pt Buddhadeb Dasgupta, despite his ill health, also arrived in the city for the inaugural performance. Despite doubts about his performance capability on account of his growing age, the octogenarian, who has taken the Sarod to the entire world, kept the audience spellbound with his hour-long recital. He was accompanied by virtuoso Tablist Gopal Mishra and Mallar Rakshit.

Pt Buddhadeb Dasgupta’s performance was sponsored by ITC Sangeet Research Academy – the sole institute working for the development of classical music in the country. SRA, which has produced some of the finest musicians of the country, also took auditions for their institute from talented musicians from the region. The instituted also sponsored the performance of Pt Anniruddh Bhattacharya, who is presently blazing across the national circuit, in a bid to revive the dormant classical music scenario of the Northeast.

The highlight of the entire festival, however, was undoubtedly the performance of master percussionist Bickram Ghosh and his popular troupe Rhythmscape. For more than an hour, he kept the packed 3000-capacity Shilpgram amphitheatre on their toes as they clapped in unison to his beats. He was accompanied on the drums by Greg Ellis from the US.

Bickram Ghosh’s performance was preceded by the spell-binding performance of Snehasish Mazumdar and his troupe SOM. Mazumdar, who hails from Kolkata, has developed a double-necked mandolin and adapted the typical western instrument to the Hindustani style. His troupe SOM was selected as the winner in the Battle of Boroughs and performs regularly in the US.

Needless to say, GIMF gave the people of the Northeast an excellent opportunity to watch some of the most interesting musical trends of the world. As Dr. Nandan Phukan, who came to watch the event, said, “I never knew that such interesting work was being done with the Mandolin. The other performers too have been a pleasant delight to watch. I would rate this festival as one of the best in the entire country.”

A national rock competition was also held during the festival and the finals of which were held on the third day. From the 17 bands which went to the last three rounds, heavy metal Tickstock were declared the winners. The judges for the competition were Mumbai-based Guwahatian drummer Ambar Das, bassist Larry from Shillong and vibraphone player Ralph Kamphuis from Germany.

The highlight of the final day however was the performance of the guest bands – UDX from Nagaland and Scavenger Project from Mizoram. UDX had recently performed in Kazakhstan while Scavenger Project has one of the largest fan followings in the entire country. Such was the craze of the audience that they even overthrew the barricades and made a rush to the stage for 5-odd minutes before the organizers could finally push them back.

All in all, GIMF was a major success and is sure to translate as one of the biggest festivals in the country in the years to come. 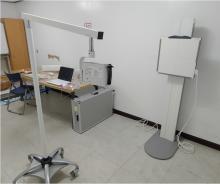 19 Jul 2020 - 8:15pm | AT News
A Bengaluru based healthcare company ITIE Knowledge Solutions has launched a portable digital X ray machine, in a joint venture with a South Korean company called HDT. This machine, equipped with...