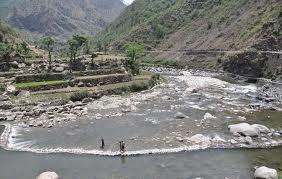 Comminitisation in Nagaland should not be rushed and more time should be given for it to evolve as a wholesome approach for development – this is what several eminent people who have worked in Nagaland feel. This opinion comes at a time when there is news of this system of community ownership over land and resources in the state having failed to meet the expectations of the state government and different civil society groups.

Former Nagaland chief secretary RS Pandey said in an interview that expectation levels are very high and communities in the state have the potential to deliver much more than is expected. However it will take time.

Pandey is among those responsible for popularising the concept of communitisation in the state. It was introduced in 2002-03 and after the enactment of Nagaland Communitisation Act on public institutions and services the same year, the government, in phases, handed over ownership and management of education, health care, water supply, electricity, tourism and bio-diversity conservation to the communities.

Despite falling short of meeting the set expectations, there are voices speaking for furthering this unique idea. Recalling when the concept was first introduced in Nagaland, Caisii Mao, a researcher and journalist based in Nagaland, said, “When the government had first floated the idea and the word related to this had got around, no one had imaged that it would be such a huge success. Though it is true that till now the success story has been restricted to only a few sectors and areas, this unique concept has brought out that there is a lot of potential in the area.”

A study carried out in Nagaland under a media fellowship offered by the National Foundation for India (NFI) shows that there is abundant scope for more work related to sustainable development in several more areas and sectors in the state. However the study also indicates that much is still left to be done.

Deka for medical college in Rongiya

17 Sep 2010 - 7:26pm | editor
Assam MP from Mongoldoi Ramen Deka demands a medical college in Rongiya. In a letter to railway minister Mamata Banerjee on Wednesday, Deka said a medical college at Rongiya will be of great help in...

13 Oct 2012 - 3:33pm | Daya Nath Singh
Mahatma Gandhi had expressed his clear view on the importance of ‘healthy work culture’ in the Harijan newspaper of 15th October, 1938, emphasizing on hard work by the people of the...

22 Feb 2008 - 1:26pm | editor
Property worth one crore has been left ravaged while a 12 hour long devastating fire that broke out on Thursday midnight at a goodwon in Jorhat town. Eyewitness say the fire broke out at the ground...