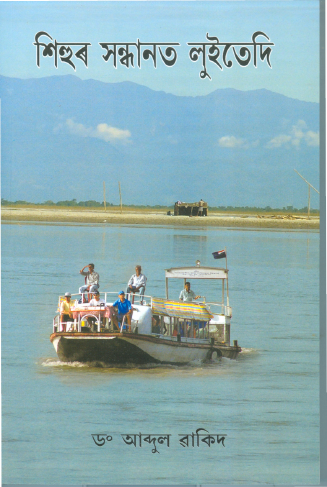 Dr. Abdul Wakid, the Programme Head of the Gangetic Dolphin Research and Conservation Initiative (GDRCI) of Aaranyak, a society for biodiversity conservation in North-East India, is the author of the book which is published by Aaranyak. Other prominent persons present were Dr. Anwaruddin Choudhary, a renowned wildlife biologist of the region and Dr. Bibhab Kr. Talukdar, Secretary General, Aaranyak.

The book is based on the real experience of a survey conducted in the Brahmaputra River from Assam-Arunachal border to India-Bangladesh border in 2005 by a team of young conservationists lead by Dr. Abdul Wakid. Out of 2000 individuals of the species in the world, about 300 are found in Brahmaputra river system. However, to understand the recent conservation status of the species in this important habitat, an extensive survey was conducted in 2005. The book is describing the real challenges faced in the mighty Brahmaputra during this survey.

Inaugurating the book, Dr. Kulendu Pathak, in his speech said that the community of the region should come forward to take more initiative to conserve the species which is an endangered species of River Dolphin in the world. Taking part in the discussion, Dr. Anwaruddin Choudhury said that all the concerned stakeholders should take joint initiative for more scientific understanding of the species for its better conservation.

15 Oct 2014 - 7:41am | AT News
Delhi police have arrested a businessman acting on an allegation that he trafficked a woman from Assam to the capital ten years ago. The 25 year old woman further alleged that during this period she...

12 Aug 2015 - 9:50pm | AT News
Amid a pall of gloom hundreds of bereaved people in Tirap paid their last respect to Kamalesh Joshi after the lifeless deputy commissioner arrived in the district headquarters. From...