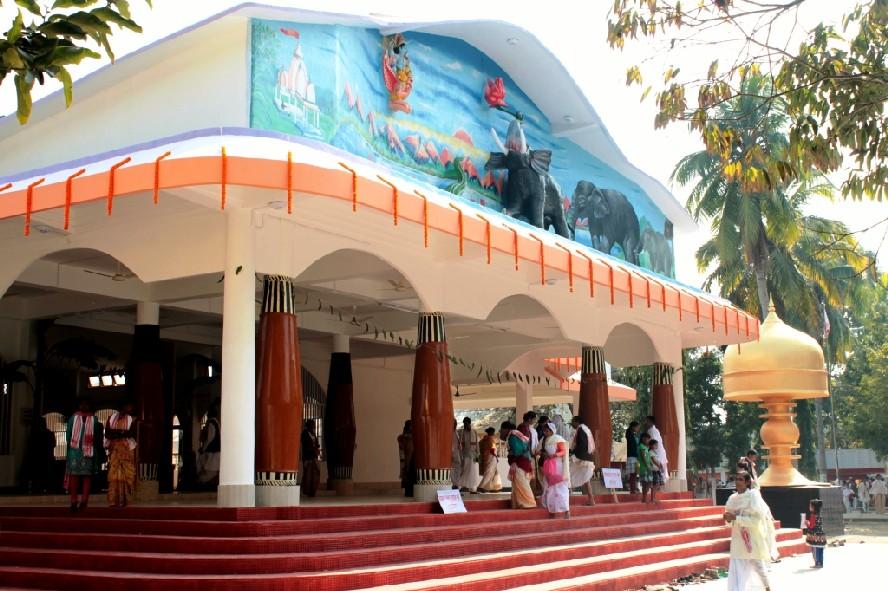 January 20, 2013 shall be remembered as red letter day in the history of Athkhelia Namghar as the new building of the Namghar was inaugurated. Athkhelia Namghar, situated at a distance of about 20 kms from Golaghat town, has always occupied a very important place in the hearts of Assamese religious people. According to the legends the history of Athkhelia Namghar dates back to the period of 1670 to 1681 which was a crucial time for Ahom kingdom. At that time Ahom kingdom was ruled by Lora Roja. Gadapani one of the Ahom prince of that time in order to save himself from the clutch of Lora Roja, took shelter in Nagapahar. At that time he came across the ashram of a saint which was situated at the place where Athkhelia Namghar stands today. He took shelter at that place. In 1681 when he becomes the King of Ahom kingdom he entrusted the task of maintaining and preserving this sacred place to eight selected Khels of that area. As all types of religious activities were undertaken under the supervision of these eight khels this place was formerly known as Athkuria which is later on became famous as Athkhelia. 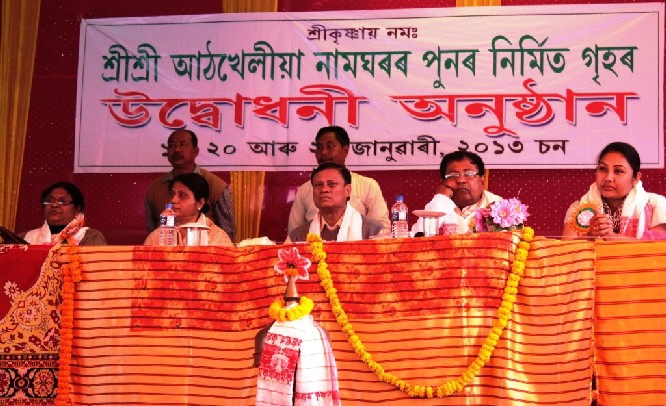 The new building and a state-of-the-art bus terminus was inaugurated by Dr. Ajit Barua, Chairman Golaghat Municipality Board in the presence of a number of dignitaries including PWD and Urban Development Minister Ajanta Neog, Bismita Gogoi, MLA Khumtai; Junjunali Barua, MLA Morigaon; Aroti Kachari, MLA Dergaon and Dip Gogoi, MP Kaliabor Loksabha Constituency among the others. Addressing the gathering, Ajanta Neog said that she felt that her life had been blessed with the completion of reconstruction of Athkhelia Namghar and in an unconventional decision; the minister offered her residence at Barua Gaon to be an amenity and spiritual centre for the devotees coming to Athkhelia. The total cost of reconstruction of the Namghar came to 2 Crore 2 Lakh 76 Thousand and it is to be noted that twenty villagers of Athkhelia had taken a personal loan of one lakh each in the initial stages of the construction and it is a rare instance when personal loan is being sought for public work. 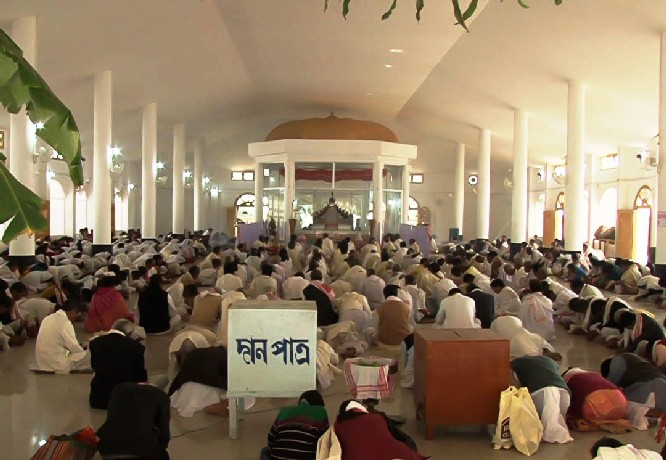 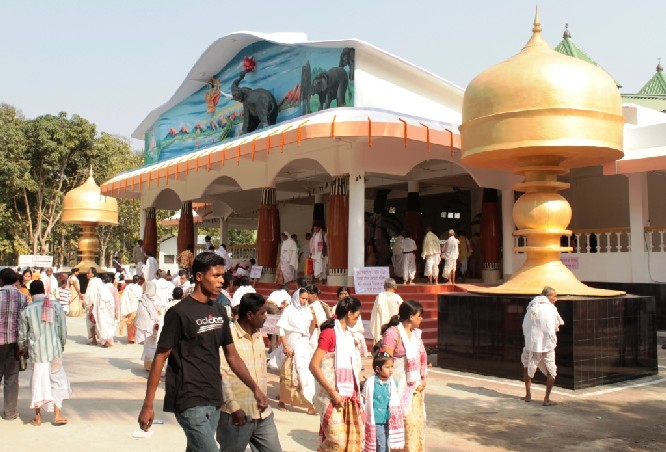 14 May 2017 - 5:00pm | Robertson Tanti
Men-elephant conflict refuses to die down in the Indo- Bhutan border of Udalguri district. A man lost his life in an incident of Elephant attack on Sunday morning while he came out from his house in...

21 May 2016 - 9:18pm | AT Kokrajhar Bureau
A crude bomb was exploded inside a house of Prof. Abdul Kalek Fakir late last night at Rupsigaon under Tulsibil police outpost in Kokrajhar district. According to Fakir, a professor by his...