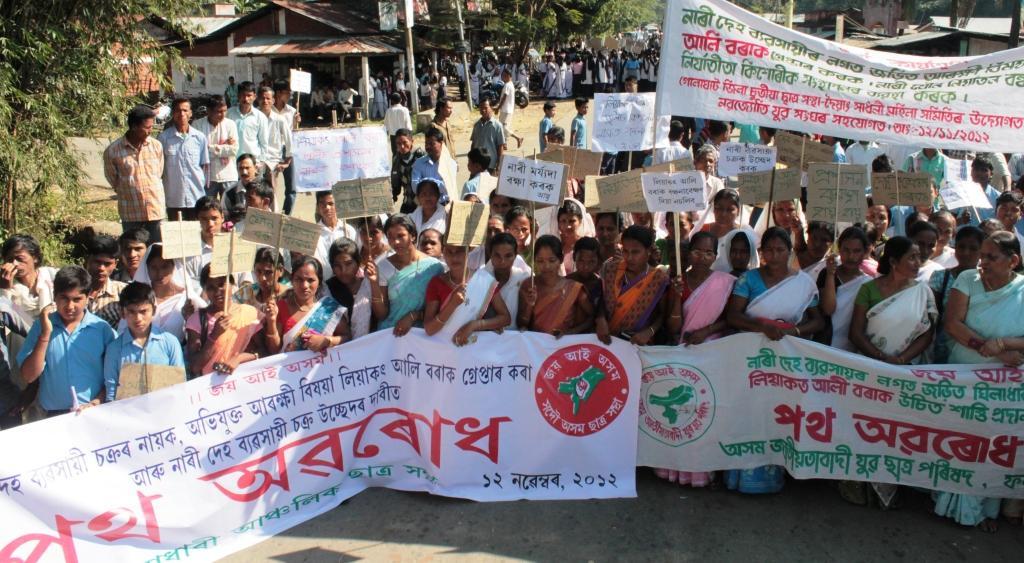 A large number of people, including women, under the aegis of Ghiladhari Regional Students Union, Furkating unit of Asom Jatiyatabadi Yuva Chatra Parishad, Doyang Sadhani Mahila Samity, Chutia Students Union and several other organizations Monday on staged a road blockade at Balijan Chariali on Golaghat-Merapani road leading to Wokha in Nagaland , demanding the arrest of Liyaqat Ali Bora, the OC of Ghiladhari Police Station for his alleged links with a flesh trade racket. The blockade has thrown traffic out of the gear on both side of the road for nearly about 3 hours.

The blockade was called off when N.A. Ali, the Circle Officer of Golaghat revenue circle arrived on the spot and assured the agitators that Liyaqat Ali Bora will be Reserve Close within twenty four hours and a proper enquiry will be carried out against him and if sufficient evidence is found, then he will be treated as per law. Raju Phukan, President of Golaghat District Students Union, Monowar Hussain Central Executive Member of All Assam Students Union, Abdus Salam, Secretary of Asom Jatiyatabadi Yuva Chatra Parishad Golaghat unit were among the others present in the blockade. It is to be noted that on 2nd November a fourteen year old girl of No.2 Navajyoti Gaon under Merapani Police Station in Golaghat district has recorded her statement in connection with Merapani P.S. Case No. 212/12 in the court of Judicial Magistrate First Class at Golaghat wherein she has deposed about the role of OC in the flesh trade racket and his close association with Promila Hazarika, Kiron Gogoi and Pallavi Hazarika who were running a prostitution and flesh trade racket in the area. 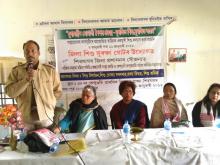