The book lovers of Golaghat are in for a treat as the Golaghat Book Fair will be held from December 1st for ten days. The Book Fair is being organised by Vox Populi, a premier NGO of the district in association with The All Assam Publishers & Book Sellers Association and Golaghat District Administration. Debojit Phukan, General Secreatary of the Book Fair organizing committee, said that the main objectives of the book fair are to promote long-life learning, intellectual development and self-improving as major factors of social integration, to promote books and reading as cultural entertainment, to expand readership and raise the status of the written word. He further added that over 50 publishers from Delhi, Kolkota, Lucknow and Guwahati would take part in the book fair. The publishers who have confirmed their participation include National Book Trust, Sahitya Academy, Standard Literature, Students Emporium, Bidya Bhawan etc. The Book Fair will be inaugurated by Rongbong Terang, President of Axom Sahitya Sabha. The organizers have also informed that renowned literary personalities of the state like Dr. Nagen Saikia, former President of Axom Sahitya Sabha, Santanoo Tamuly, reciepent of Bal Sahitya Puraskar 2012, Dr. Rita Choudhury and Nilim Kumar and many other will grace the book fair. The 10-day book fair will include a host of events and activities featuring several competitions like quiz, drawing, essay writing besides, seminars, kabi sanmilan, kabitar abeli and interaction programmes with author would also be held.

28 Apr 2018 - 9:09pm | AT News
DIPHU: The police in Diphu have booked a prisoner four days after he raped a women at the Karbi Anglong Central Jail premises triggering anger and shock across the hills district. According to FIR,... 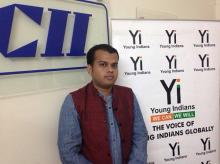