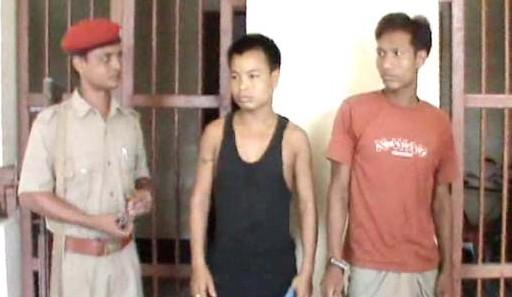 Two NDFB cadres were apprehended by security forces and seized arms from their possession in Assam-Meghalaya border near Dudhnoi in Goalpara district in the wee hours of Saturday. According to Dudhnoi police, after receiving an information, the ninth sikhli regiment of Indian Army of Damra launched an operation at Bandarshi village in Assam-Meghalaya border where the two NDFB cadres were held. One countrymade AK47 rifle, one handmade SBBL gun and five rounds of ammunition were recovered from them. It may be noted here that Dudhnoi police and army nabbed four NDFB cadres from Dudhnoi area on Tuesday last and recovered arms from them.

21 Jun 2010 - 1:40pm | editor
The much awaited meet between delegation of the Sanmilita Jatiya Abhibarton and Prime Minister Dr Manmohan Singh, which was scheduled to be held on Monday, canceled.

7 Mar 2016 - 9:58pm | AT News Itanagar
On expected lines, with the new government taking charge, incumbent Chief Secretary Ramesh Negi is on his way out. Shakuntala D. Gamlin is going to replace him as the new Chief Secretary. Negi is...